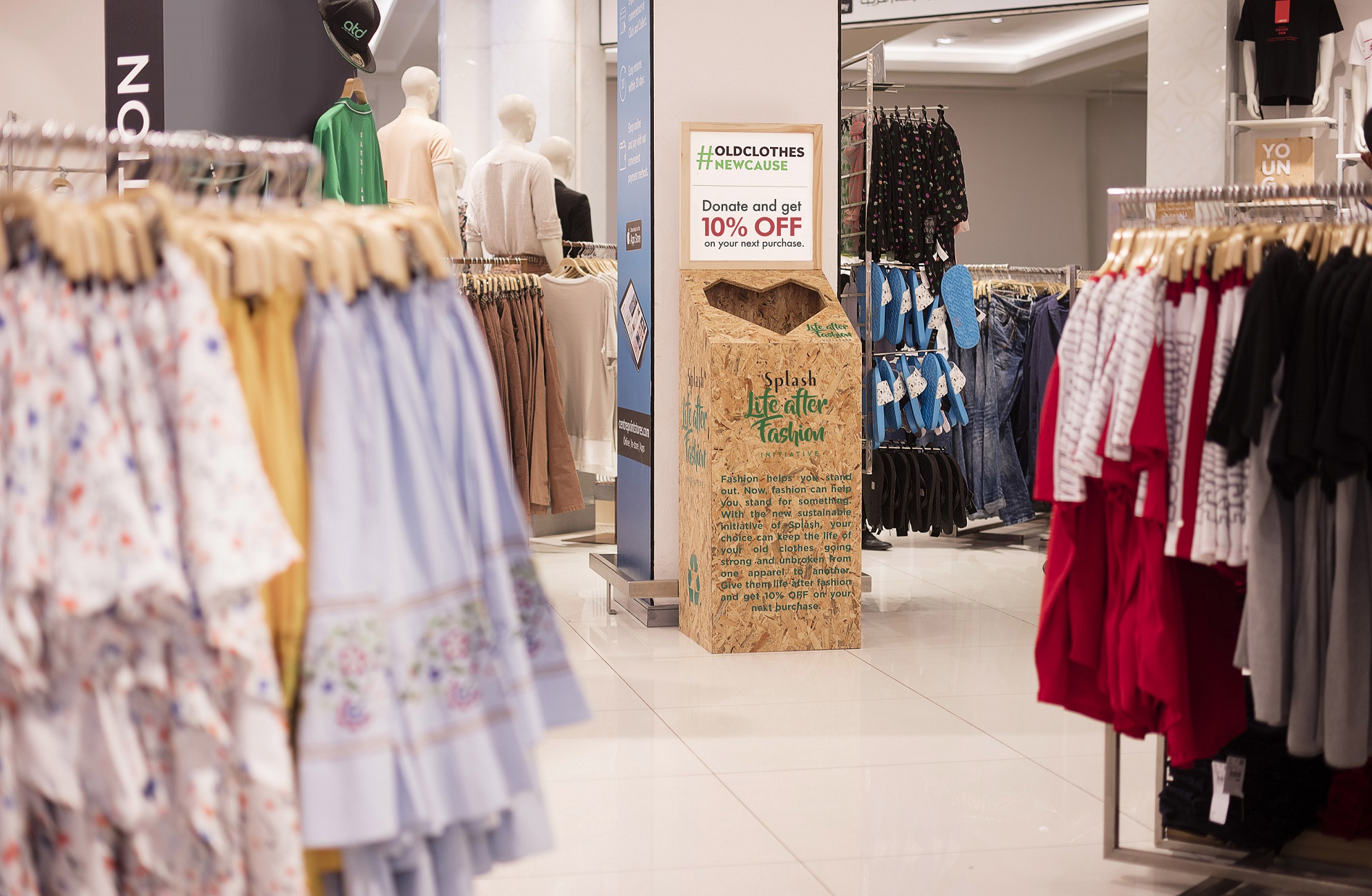 Dubai-based high street fashion brand Splash launched a sustainability initiative called the ‘Life After Fashion’ campaign last year, which encouraged people to recycle their old clothes, resulting in the collection of over 50,000 clothing items, weighing 11 tonnes. Some of the collected items were distributed amongst underprivileged communities in Africa.

The ‘Life After Fashion’ campaign saw Splash working closely with UAE-based laundry firms to communicate the message and consumers were encouraged to visit Splash stores and drop their unwanted items in specially designed boxes placed at the store. All these items were then delivered to Hands Industries who further categorised them into provision for used clothing markets, donation to African countries or for recycling purposes.

The design of the hangers was pivotal to the success of the campaign, as they depicted images of the types of people benefitting from the project. As such they provided an essential human element which resonated effectively with the public and prompted them to take action. The decision to utilise laundry companies that were able to conveniently reach out to their regular customer base and provide an efficient distribution and collection channel also contributed to the campaign’s success.

A second phase of the innovative campaign saw collection points installed in Splash stores, with shoppers encouraged to donate their old clothes as they purchased new items.

Commenting on the campaign, Raza Beig, CEO, Splash, Iconic & Landmark International & fashion director – Landmark Group, says, “Our aim was to raise awareness about the huge amount of unwanted clothing items that people throw away, which go into landfill, but which can be easily recycled for the good of others. We are very grateful for the co-operation of the public who donated their unwanted clothing and for the laundry companies who participated in the initiative and made it so feasible. We are delighted that so many people are benefiting from the campaign. The initiative will now continue as part of our long-term sustainability endeavours.”