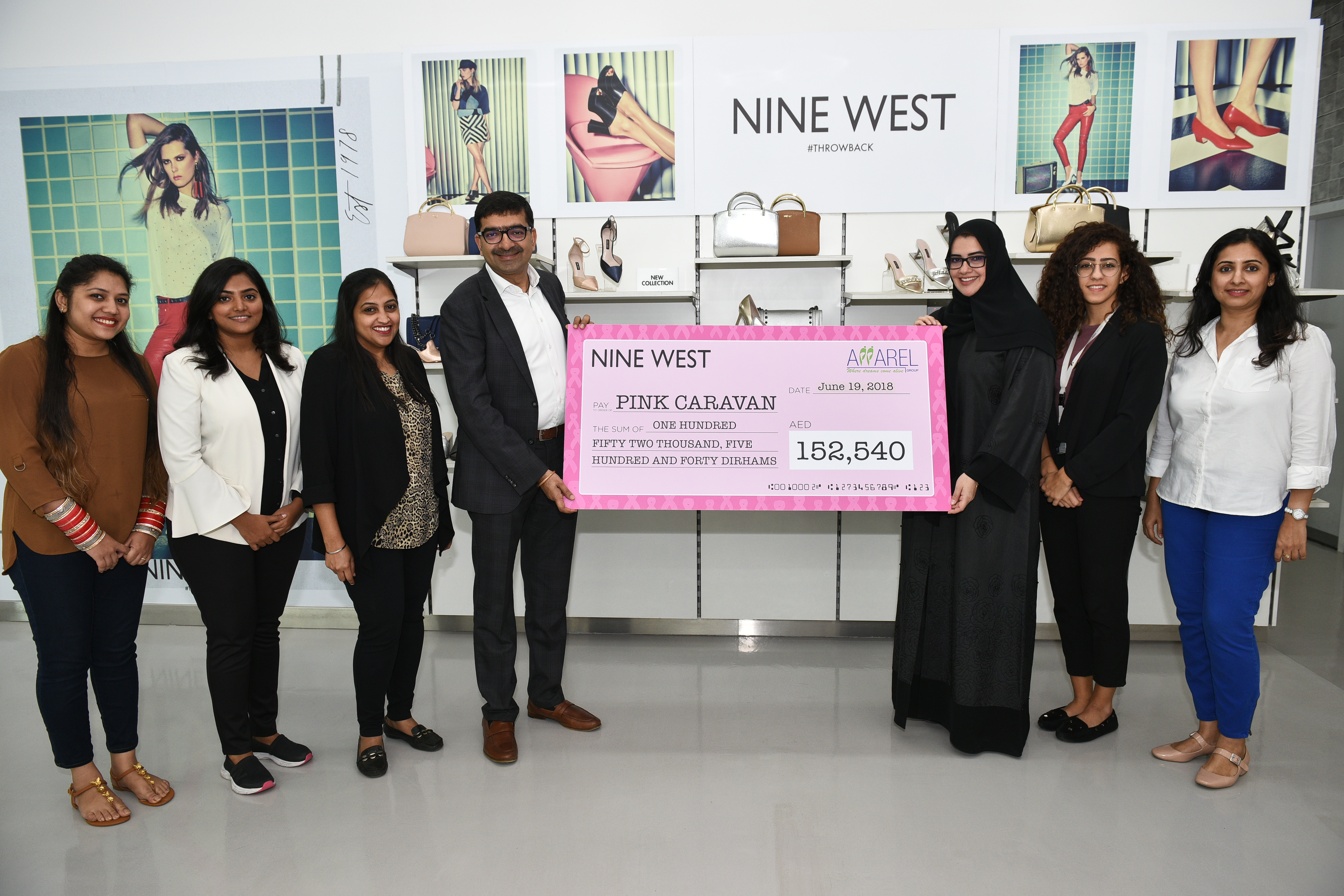 For the fourth consecutive year, women’s footwear brand Nine West – part of Apparel Group in the region – has collaborated with Pink Caravan – a pan-UAE breast cancer awareness initiative by cancer non-profit organisation, Friends of Cancer Patients (FoCP). The objective is to raise funds under their ‘Pink Pins’ initiative to benefit the UAE community with heightened awareness and access to free medical screenings offered by Pink Caravan.

Launched in 2015, the past three editions of the Pink Caravan–Nine West fundraising collaboration have been significant successes with AED353,360 raised cumulatively over the years. In the 2017-18 edition, pink pins worth AED107,760 was sold by the initiative.

The Apparel Group sold attractive pink pins across its chain of retail outlets in Al Ain, Abu Dhabi, Dubai, Sharjah, Ras Al Khaimah and Fujairah throughout the year. The proceeds generated from these sales are supporting Pink Caravan’s nationwide efforts to spread breast cancer awareness and assist those who are suffering from the disease with top quality medical and psychological support.

“Pink Caravan considers itself truly fortunate to be operating out of a nation where people’s good intentions and humane spirit are backed by strong and committed action. Be it the fundraising support of the public or private sector partnerships like the one we enjoy with Nine West, or the kindness of the UAE community to contribute so charitably to a worthy cause year-on-year,” says Dr Sawsan Al Madhi, director general of Friends of Cancer Patients and head of the Medical and Awareness Committee of Pink Caravan.

“This has been another wonderful project and we are happy to have collaborated with Pink Caravan once again to raise funds for a cause which will bring significant positive change in our society. For the fourth year in a row, our patrons have eagerly participated in this drive, and we are extremely proud of the citizens and residents of the UAE who have such compassion towards and a strong sense of responsibility to furthering community welfare through personal contributions,” adds Neeraj Tekchandani, director and group CFO, Apparel UAE.

Pink Caravan was founded in 2011 under the patronage of Sheikha Jawaher Bint Mohammed Al Qasimi, founder and royal patron of FoCP, international ambassador of the World Cancer Declaration for Union for International Cancer Control (UICC), international ambassador for Childhood Cancer for UICC and wife of His Highness, the Ruler of Sharjah. The initiative has offered more than 56,000 free clinical examinations since its inception including 16,462 mammograms and 2,232 ultrasounds.