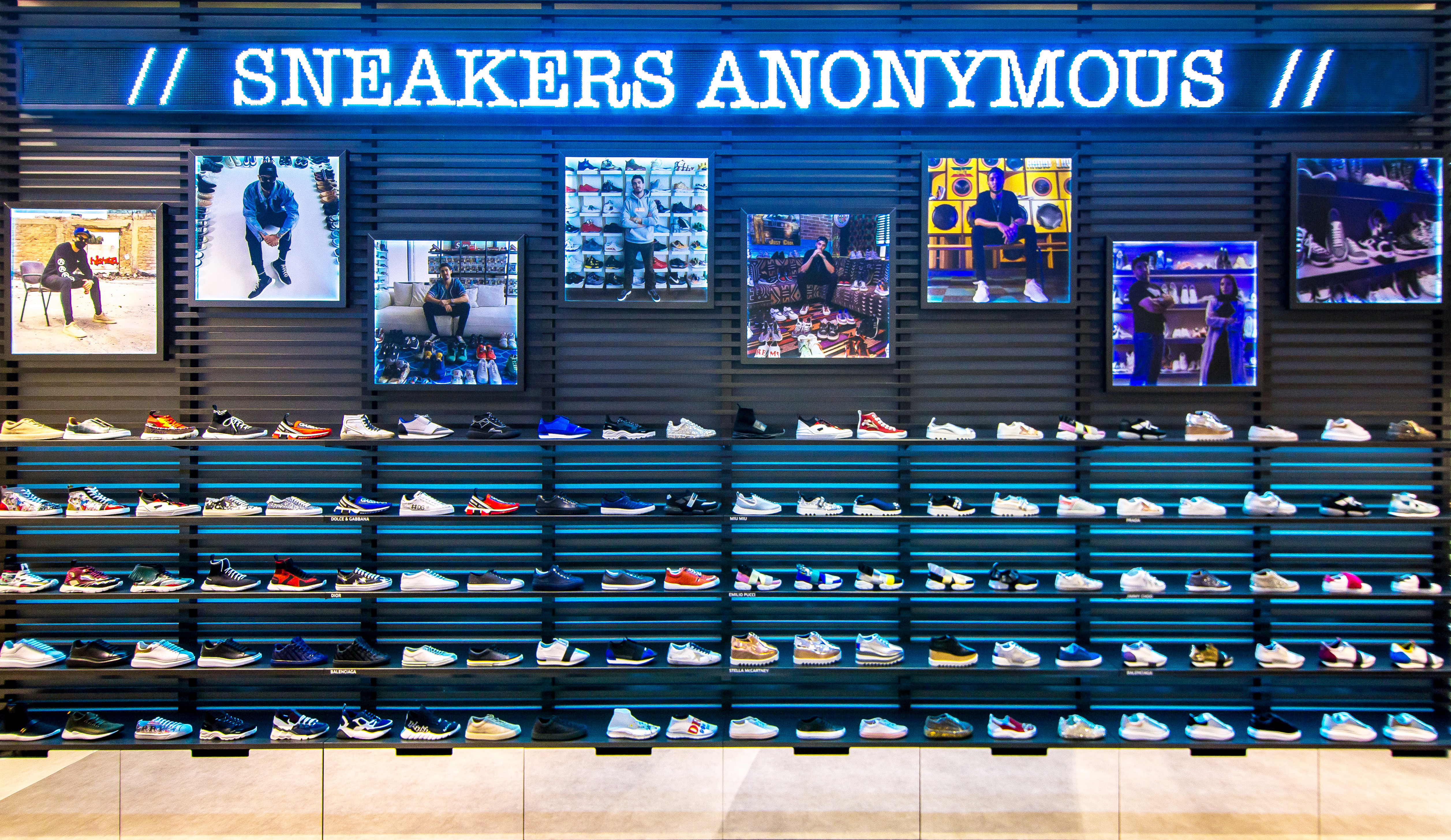 The campaign, which is on from April 1, translates into a new designer sneaker wall in Level Shoes, housing over 30 brands and exclusive styles from Christian Louboutin, Dolce & Gabbana, Emilio Pucci and Ermenegildo Zegna.

Sneaker culture has transcended gender and age and has become in itself, a trend, this campaign was created to serve that trend. Level Shoes tapped four sneaker enthusiasts from the region to candidly share how they began their collections and the importance of sneakers to their wardrobes and lifestyle.

Starring Kuwait-based KicksTQ, the first Sneakers Anonymous video is reflective of recognised sneaker collector in the region Tareq’s sense of style and how that was developed from buying his first pair of Jordan’s. Mohammed Al Safar, the self-proclaimed sneaker-head based between California and Dubai fuels his sneaker collection by finding inspiration in both cities. Dubai-raised Khalil Dahmash, who is co-owner of Miss Lilly’s, brings music and sneakers together every night to celebrate urban culture and individuality. Shames Al Hashemi and Alia Al Mur bonded over a pair of sneakers. Today, the couple’s home houses around 300 pairs of sneakers combined, and they got customised Nike sneakers to honour their wedding day.