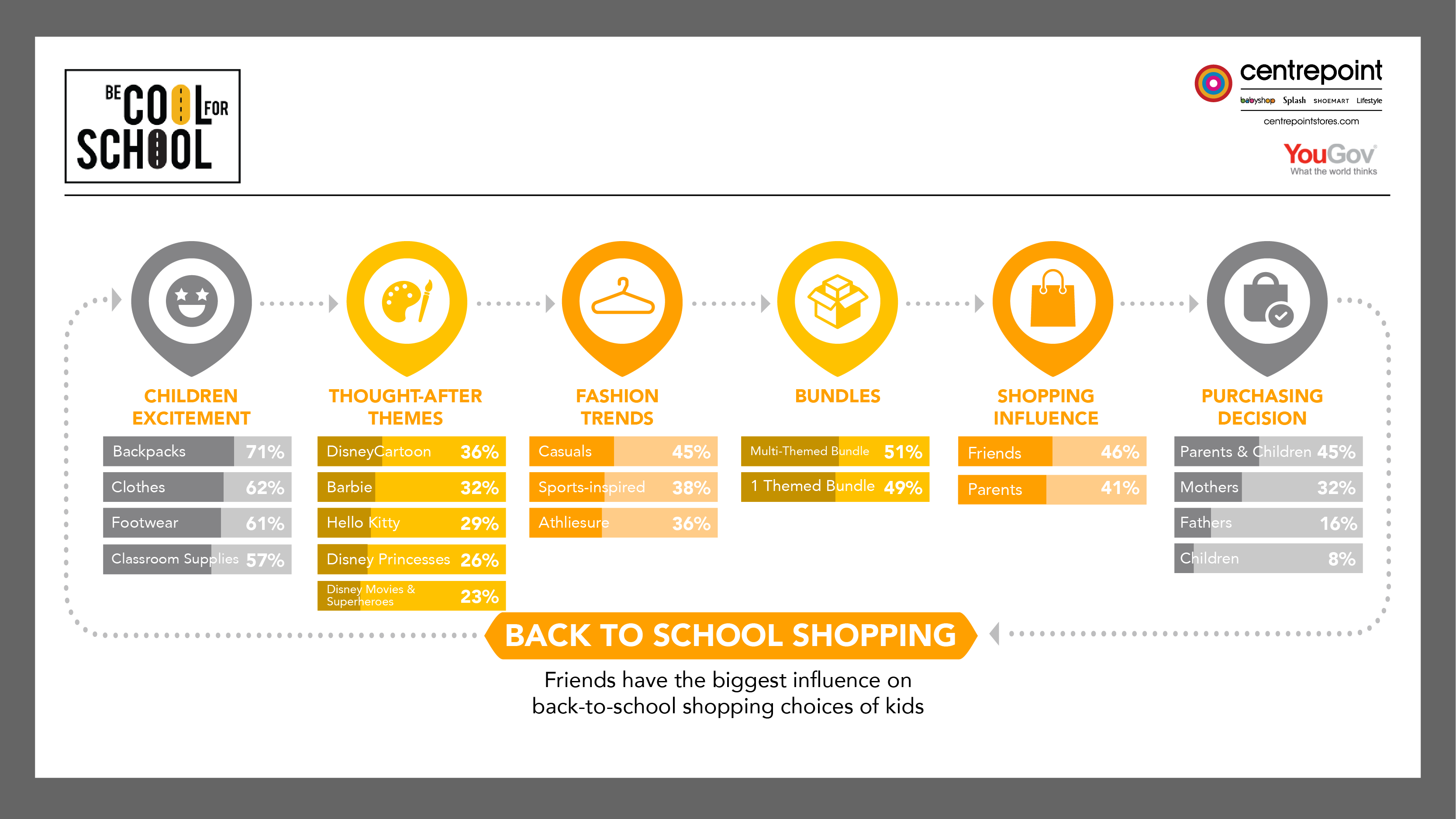 The ‘Back to School’ Survey conducted from July 22 to 29, 2019 in key markets across the MENA region, revealed that 46% of the children are inspired by their friends, while shopping decisions on back-to-school purchases are influenced by 41% of the parents – nearly two in five, surveyed.

The findings of the survey offer interesting insights into the shopping trends during the back-to-school season, when brisk retail activity is reported as hundreds of thousands of children prepare for returning to school after their summer breaks.

“This is the first time we commissioned a back-to-school survey in the region and we are excited to see the outcomes, which give unique insights on purchase decisions by children. This is an important shopping season of the year, and retailers and brands must be on watch for new and ongoing back-to-school trends. In the weeks ahead, parents along with their children will take advantage of the deals that retailers will offer and by drawing on these new eye and interesting trends. As part of ‘Cool for School’ campaign this year, Centrepoint has introduced an extensive back-to-school range, making it a one-stop-shop for all your schools essentials,” said Simon Smith, COO, Centrepoint.

“The back-to-school survey aims at acquiring a better understanding of what the younger generation wants today when it comes to school essentials. It was interesting to see that most kids get their choice inspiration from friends and parents with whom they connect on a daily basis,” added Kerry McLaren, head of Omnibus MENA at YouGov.

About one-third children are influenced by advertisements while only one in four reported to be swayed by influencers and famous personalities. Nearly one in four purchase decisions are influenced by movies, while one in three parents said their children are persuaded to buy what they saw online (not social media), with only 22% stating that social media network inspire a child’s choice in back-to-school essential purchases. As the region focuses on building an e-commerce ecosystem, there is critical need that brands in the region optimise their online presence to make sure they are reaching the right audience with the right campaigns, at the right time.

Famous personalities, bands and singers do not curry much favour among children with only 3 to 4% making a purchase decision based on these illustrations in both the UAE and Saudi Arabia. Fictional characters such as from the Harry Potter series, Games of Thrones and Star Wars too are not exceptionally popular with only 9% rooting for it in both the markets.

Children seem to prefer casuals as their preferred fashion brand with 45% parents stating casuals are the first choice of their children followed by sports-inspired (38%) and athleisure (36%) clothing.

When it comes to purchasing for back-to-school suppliers, nearly 45% parents said purchasing is a combined decision that involves parents and children, while one in three families said moms have the final word. Children by themselves are least likely to make the purchase decision with only 8% of those surveyed stating their children make the decision. 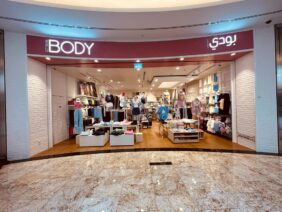