Tablez to bring YOYOSO to India 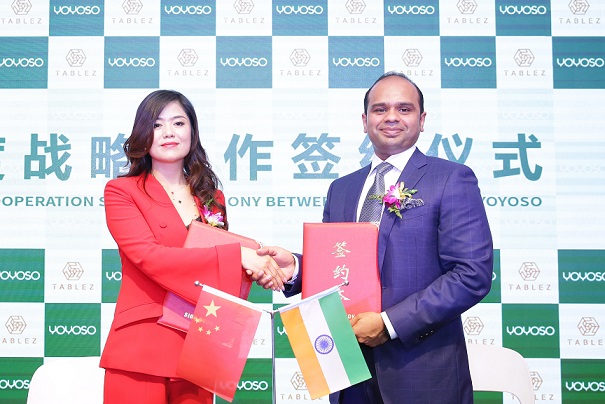 Headquarted in Yiwu, YOYOSO offers affordable, fashionable and trendy daily life products that have great functionality, quality, design and value. There are more than 5,000 items in the YOYOSO product line, with new ones added every month. With more than a decade of experience in retail operations the fashionable leisure department store chain has more than 1,000 stores worldwide.

Tablez plans to open stores of YOYOSO across multiple locations in India over the next five years, with 30 stores to be launched in key cities in the first phase.

“We are excited to join hands with YOYOSO to bring the world-famous fast-fashion leisure department store brand to India. YOYOSO products are simple, natural, high-quality and have great value. We are sure that it will strike a chord with the discerning Indian consumers,” says Ahamed.

“Indian market is one of the most important part of global markets. It’s a great opportunity for both YOYOSO and Tablez. Through the mutual cooperation, we are confident that YOYOSO will bring plenty of surprises and happiness to new generation India,” adds Huan.