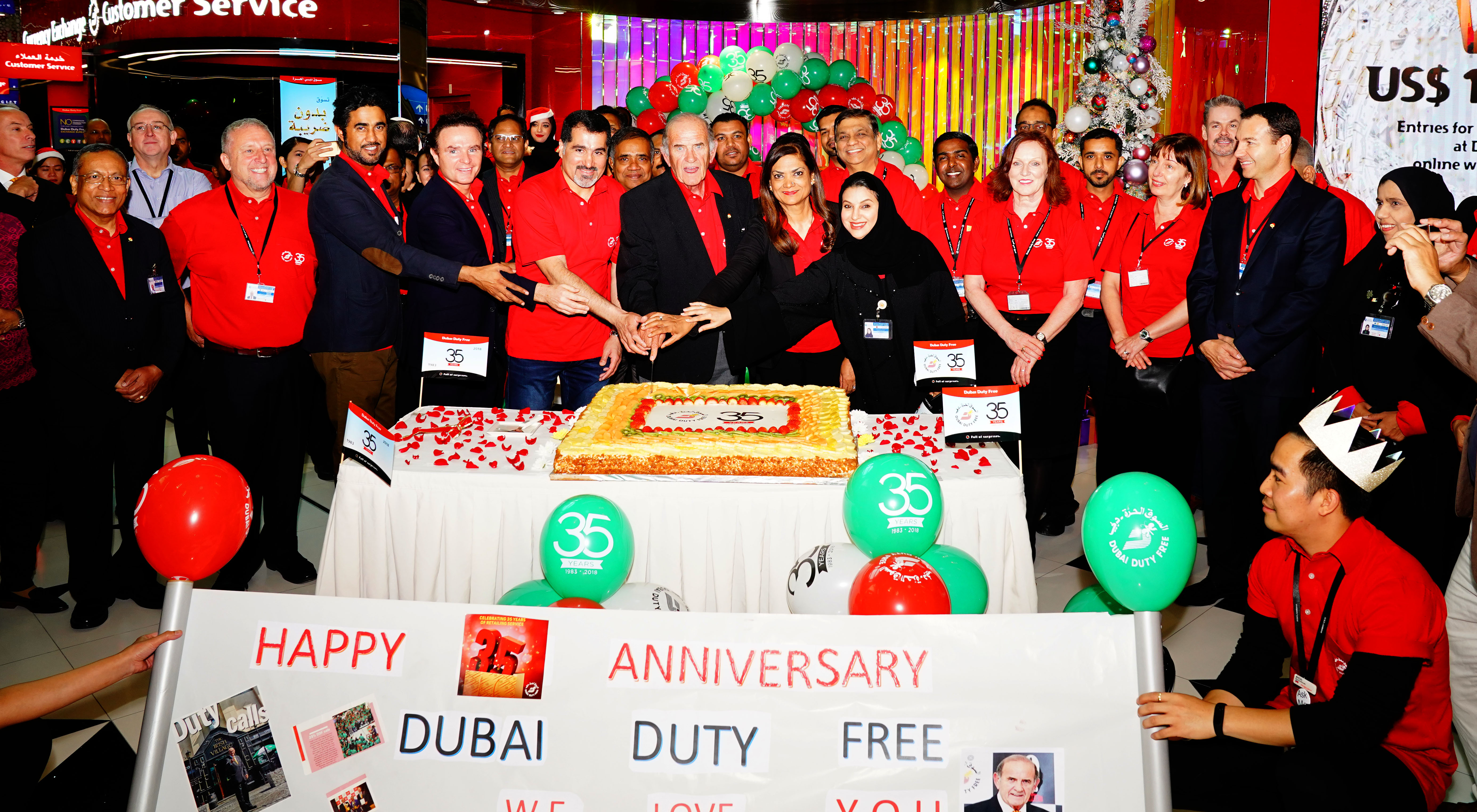 Commenting on the success of 35th anniversary, Colm McLoughlin, executive vice chairman and CEO of DDF says, “The anniversary celebrations spread over three days were fantastic and received positive results across all the concourses. I would like to thank everyone, in particular thanks to our customers and our staff who did a great job in serving the high number of passengers.”

During the three-day 35th anniversary sales, DDF’s distribution centre issued 2,501 pallets of merchandise and conducted 228 trips from the warehouse to the airport. The total number of picks in the warehouse during this period was 23,383 for 873,480 units of merchandise. Over the three-day period, the cash registers recorded a total of 364,320 sales transactions with nearly 103,626 sales transactions alone on December 20.

The DDF staff also enjoyed a special ‘Staff Surprise’ draw. In addition, the executive team awarded a Certificate of Appreciation to long-serving employees who have been with the company for 20 years, 25 years, 30 years and 35 years. DDF currently employs almost 6,200 staff and of the original 100 staff who joined in December 1983, 26 remain in active service.