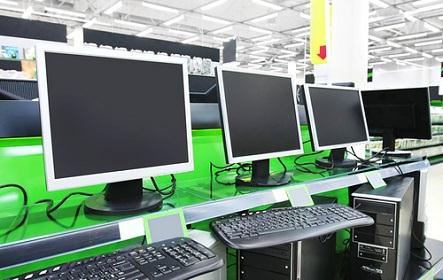 The Middle East and Africa (MEA) PC market suffered a 28.7% year-on-year slump in shipments in the final quarter of 2015, according to International Data Corporation (IDC). Shipments fell for the third consecutive quarter in Q4 2015, with the decline representing the steepest ever recorded in the region for a single quarter.

In a shift from earlier quarters in the year when the decline in desktop shipments was notably less pronounced than the decline in notebooks, this time both product categories declined at a similar pace. IDC’s Quarterly PC Tracker indicates desktop shipments declined 29.4% year-on-year in Q4 2015 to total 1.3 million units, with notebook shipments falling 28.2% over the same period to total 1.9 million units.

“The reasons for these declines varied from country to country, but included high levels political and economic instability and uncertainty, low oil prices, increasing security concerns and volatile currency fluctuations, especially with the US dollar becoming more expensive.”

Once again, the top three vendors – HP, Lenovo and Dell – remained unchanged in Q4 2015. The continued focus of these vendors on the commercial segment has contributed significantly to their ability to remain at the top of the rankings, since they combined to serve almost 70% of the region’s commercial PC demand during the quarter.

Overall, HP maintained at the top spot in terms of market share, despite experiencing a fall of 27.4% year-on-year, while second-placed Lenovo suffered a decline of 29.9% on shipments. Dell, on the other hand, escaped with a mild decline of 8.7% year-on-year as the vendor had experienced a relatively slow quarter during the same period last year.

Declining slightly slower than the overall market at 23.2% year-on-year, Asus overtook Acer to claim fourth position, while Acer experienced the fastest decline among the top vendors at 42.9% year-on-year. Similar to previous quarters, the local assembly of desktops continues to slow as a growing portion of end users opt for refurbished PCs, upgrades or to prolong their refreshment cycle altogether as they increasingly shift their usage towards mobile phones and tablets.

“As market sentiment remains low, IDC expects to see a delay in the recovery of PC demand,” Charakla cautions. “Overall, 2016 will experience a further decline on 2015, as growth is only expected to occur in the second half of the year. A slightly stronger recovery is expected during 2017, after which the region will continue to experience a period of slow growth over the longer term. As the growing popularity of smartphones and tablets will continue to inhibit demand for PCs, vendors and channels across the region are expected to plan and order cautiously so as to avoid being left with high inventory levels.”

Similar to IDC’s previous forecasts, there will continue to be a gradual shift in the weight of demand from consumers to the commercial segment as a growing proportion of home users switch from PCs to tablets and smartphones, while commercial end users maintain a greater loyalty to PCs. As a result, commercial demand for PCs in the region is expected to surpass that stemming from home users by 2017.