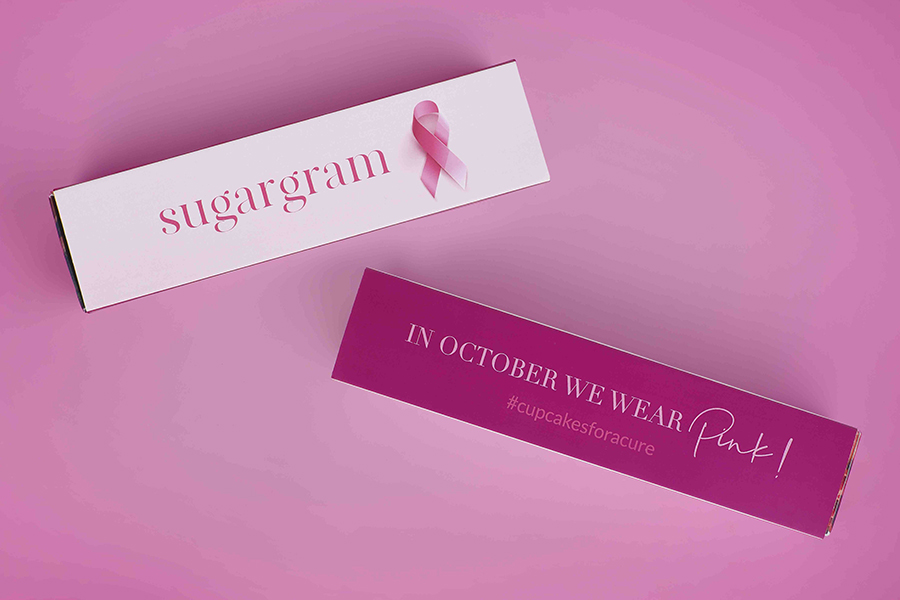 Home-grown cupcake concept, Sugargram launches its breast cancer awareness box priced at AED30 and will donate AED5 from each box sold to the Al Jalila Foundation. Every year, October marks the Breast Cancer Awareness month, in which individuals, organisations and brands set out to raise awareness and funds for charities fighting the disease.

“One in eight women are likely to develop breast cancer in their lifetime, and many of us have been directly or indirectly affected by the disease. At Sugargram we wanted to do our bit to help to raise awareness on the importance of regularly getting a mammogram and have launched the Breast Cancer Awareness box of five bite-size cupcake delights with AED5 from every box sold going to Al Jalila Foundation,” stated Sugargram.

The Al Jalila Foundation in partnership with Brest Friends works to raise awareness on the importance of early detection of breast cancer, furthering patient support with medical treatment and investing in local breast cancer research.

Available on Deliveroo and ChatFood throughout the whole of October, those who purchase the Breast Cancer Awareness box will receive an assortment of five delicious bite size cupcakes and will also be aiding in the effort to find a cure and fund patient support.