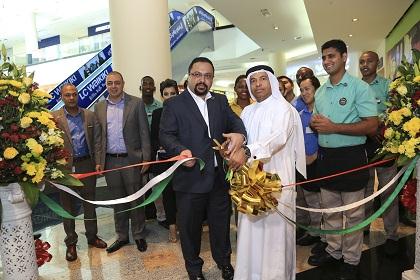 UAE-based Saleh Bin Lahej Group, the franchisee of the Mexican restaurant El Chico for the UAE and Egypt, has recently opened its first outlet at Al Naeem Mall in Ras Al Khaimah (RAK).

El Chico, established more than seven decades ago in Dallas, currently has presence across the world. The UAE restaurant was opened in Dubai in 2008. Subsequently, two more restaurants were opened in Abu Dhabi and RAK becomes the fourth location for El Chico in the UAE. Cairo Festival City in Egypt will host the fifth restaurant shortly.

“We are pleased to be part of the launch of El Chico in RAK and aim to bring the much loved eatery closer to its customers across the UAE. Expansion plans for the restaurant are underway and we are delighted to be part of the growth and success of this chain. The new restaurant will add to Al Naeem Mall’s current offerings and an overall improved food experience,” says Mohamed Saleh Bin Lahej, group CEO of the Saleh Bin Lahej hospitality division.

El Chico is part of Dallas-based Consolidated Restaurants Operations, Inc (CRO), which operates more than 100 restaurants throughout the US, the UK, the UAE and KSA. “We are truly honoured that our esteemed partner, Saleh Bin Lahej Group, has chosen to bring El Chico to RAK. We look forward to the continued growth of El Chico in the UAE,” adds John D Harkey, Jr., CEO of CRO.