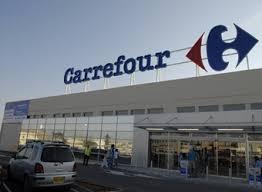 Dubai-based Majid Al Futtaim (MAF) Retail, holding Carrefour’s franchise for the Middle East, plans to pursue expansion in Egypt after business at a shopping mall in Cairo’s suburbs recovered from looting during the 2011 revolt that ended Hosni Mubarak’s rule.

“There is probably no worse challenge than 2011 when the mall was looted,” says Iyad Malas, MAF Holding CEO. “We decided to reinstate the asset. All the tenants have come back, trading has come back and the situation is better than pre-crisis level.”

“Egypt continues to be a big investment market,” Malas states. That’s why MAF plans to open another mall, Mall of Egypt, in the first quarter of 2016. It will also start construction on a project near Cairo’s airport this year and expand its existing mall in the country.