Dubai’s Jumeirah district gets yet another new mall 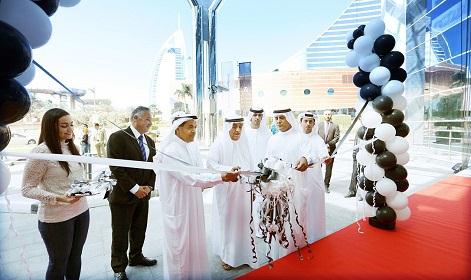 Dubai-based real estate contractor Moov Contracting has announced the opening of its distinctly designed shopping and entertainment destination, The Mall, in the heart of Dubai’s Jumeirah District.

Built at a cost of AED400 million, the new retail precinct is positioned as a refreshingly different shopping, leisure and entertainment destination with a debut of new fashion brands, innovative cafés and restaurants and entertainment options. The 80,756 sqft GLA mall features shops on ground and first floors along with basement parking for 200 cars.

Strategically located across the iconic Burj Al Arab and Jumeirah Beach Hotel, The Mall will add a uniquely pleasing effect to the redevelopment of the Jumeirah’s facade with its lush art deco style architectural elements. Designed to receive plenty of sunlight through floral skylights, the retail facility also boasts a splendid, signature water feature that drops down from the escalator leading to the first floor.

“Dubai’s retail industry remains vibrant, which is further reinforced by the fact that the emirate has been named as the second most important international shopping destination globally after London. In fact, its retail potential of 2.4 million residents is valued at AED63 billion and set to grow by 8.5% per annum, while it averages AED1,000 per tourist which will get a further boost as the city welcomes over 20 million tourists by 2020,” says Meshar.

The Mall, which currently has 100% occupancy, has 66 retail units, including seven kiosks in total. Aside from a gourmet supermarket for daily provisions, it hosts tenants from 12 countries, including Lebanon, Spain, Sweden, Italy, Greece, Turkey, Pakistan, Japan, Russia, China, the US and the UAE.

Nearly 70-to-80% of the retail outlets are being introduced in the UAE and the GCC for the first time. In addition, The Mall will house some of the leading names within the food and beverage industry. Lastly, the new facility will also accommodate a unique kid’s entertainment concept, financial services and a government office to ensure convenience for guests.