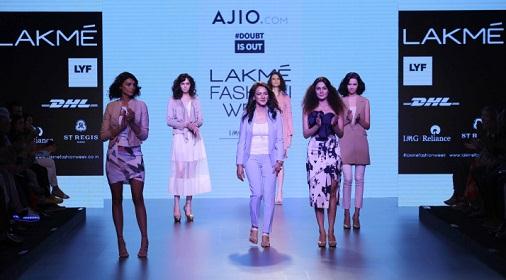 A preview of Ajio.com’s collection was organised as part of an exciting campaign ‘Doubt is Out’ with five show stoppers including Bollywood yesteryear actress Helen, transgender activist Laxmi Narayan Tripathi, comedian Bharti Singh and Suman Sharma, the first woman to fly the fighter plane MIG-35.

The launch took place in the presence of Isha Ambani, director on the board of Reliance Retail, who has been closely associated with the online fashion venture since its conceptualisation.

Ajio.com will offer the largest collection of private labels for women online. Aiming predominately at the aimed at 18-34-year olds, around 60% of the merchandise it sells include national and international brands and Indie (ethnic fusion) wear, which will be exclusively available on the portal.

Since the last one year Reliance Retail has been dabbling in several online businesses such as piloting www.reliancefreshdirect.com, an online groceries delivery platform in Mumbai. On the cards is also an online electronics platform that will be launched later this year.