UAE is the most connected country in MENA, says DHL Global Connectedness Index 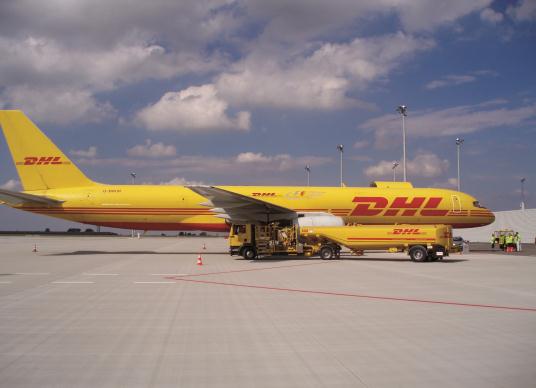 DHL’s third edition of Global Connectedness Index (GCI), a detailed analysis of the state of globalisation around the world, has revealed the UAE as the most connected country in the MENA region, ranked 12th out of 140 countries worldwide, jumping six places since 2013.

“The UAE is essentially a gateway to the rest of the world and a trade route that has grown immensely over the years. It is becoming one of the world’s busiest logistics hubs. Given its location between the east and west, we understand the importance of offering the best-in-class when it comes to logistics solutions, thereby continuing to invest in the UAE and across the rest of the GCC as part of our aggressive expansion plans,” says Frank-Uwe Ungerer, country manager, DHL Express UAE.

“In the aftermath of the financial crisis, globalisation has increasingly come under pressure and international trade negotiations face growing resistance,” observes Frank Appel, CEO Deutsche Post DHL. “In this environment of uncertainty, the DHL Global Connectedness Index offers a comprehensive, fact-based understanding of globalisation and demonstrates the huge potential for countries to further increase their connectedness. I am convinced that a prosperous world needs more, not less integration.”

The DHL Global Connectedness Index 2014 documents the substantial shift of economic activity to emerging economies that is pushing the world’s economic centre of gravity eastward. Emerging countries are now involved in the majority of international interactions whereas before 2010, the majority of international flows were from one advanced economy to another. Notably, the 10 countries where global connectedness increased the most from 2011-to-2013 are all emerging economies, with Burundi, Mozambique and Jamaica experiencing the largest gains.

Advanced economies have not kept up with this shift. This suggests that they may be missing out on growth opportunities in emerging markets. “Counteracting this trend would require more companies in advanced economies to boost their capacity to tap into faraway growth,” states Professor Pankaj Ghemawat, co-author of the report and internationally acclaimed globalisation expert and business strategist. “This is particularly evident in light of the fact that a decade-long trend towards trade regionalisation has gone into reverse.” In fact, the GCI 2014 reveals that every type of trade, capital, information and people flow measured has expanded over greater distances in 2013 than in 2005, the report’s baseline year.

In addition to a comprehensive overview on the state of globalization, the 2014 report also provides detailed insights into the connectedness of individual countries and regions. The Netherlands retained its top rank as the world’s most connected country and Europe is once again the world’s most connected region. All but one of the top 10 most globalised countries in the world is located in Europe, with Singapore as the one standout.

North America is the second most globally connected region and leads on the capital and information pillars, with the US as the most connected country in the Americas. Overall the US is ranked 23rd place out of the 140 countries measured by the GCI. The largest average increases in global connectedness from 2011-to-2013 were observed in countries in South and Central America and the Caribbean. MENA was the only region to experience a significant decline in connectedness.