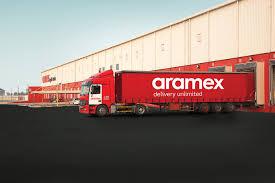 The company made two acquisitions last year and is eyeing up to three new takeovers this year as part of its expansion plans in the MENA region, sub-Saharan Africa and Asia.

Aramex has the appetite for bigger acquisitions and plans to borrow more this year than last year to help finance such takeovers. “You will probably see us doing a few million-dollar acquisitions and if anything interesting or exciting comes our way, we will not rule it out,” shares Aramex CFO Bashar Obeid.

Currently present in 18 African markets with nine target markets, Aramex wants to expand in countries such as Nigeria, Kenya and South Africa. It is expanding through acquisitions, joint ventures and franchise agreements. It expects to generate more revenue from its non-Middle East operations as it grows in Africa and Asia. Currently revenue in the Middle East generates about 50% of Aramex’s total revenues.