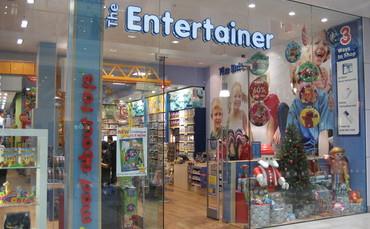 UK-based multichannel toy retailer, The Entertainer, has announced that it has launched its international expansion programme with an agreement that will see The Entertainer stores open across the Middle East.  It has signed a 45 store franchise agreement with retail group Al Owais Enterprises, with the first store opening in December.

The first retail outlet will be located in the Al Ghurair Shopping Centre in Dubai. Further stores will open throughout the UAE and the GCC region.

“This is our first franchise deal since we announced our plans for international expansion at the beginning of the summer.  Throughout the process we have been extremely encouraged by the demand shown from potential partners and the quality of the applicants,” says Gary Grant, founder and managing director of The Entertainer.

“In Al Owais we believe we have a partner who meets all of our requirements.  They are a long-established and successful business in the GCC, operating across multiple sectors. Just as importantly, they share The Entertainer’s entrepreneurial outlook and drive to constantly innovate.  We are excited about working with them to build the best-loved toy shop chain in the Middle East.”

“We are pleased to be bringing a successful brand such as The Entertainer to the region. We believe there is a place in the market for a toy retailer who offers quality products and gives everyday value for money to its customers.  Like Gary, I feel that we have found a partner who shares our core values.  We look forward to developing a long and fruitful relationship over the coming years,” says Mohammed Al Owais, executive chairman of Al Owais Enterprises.