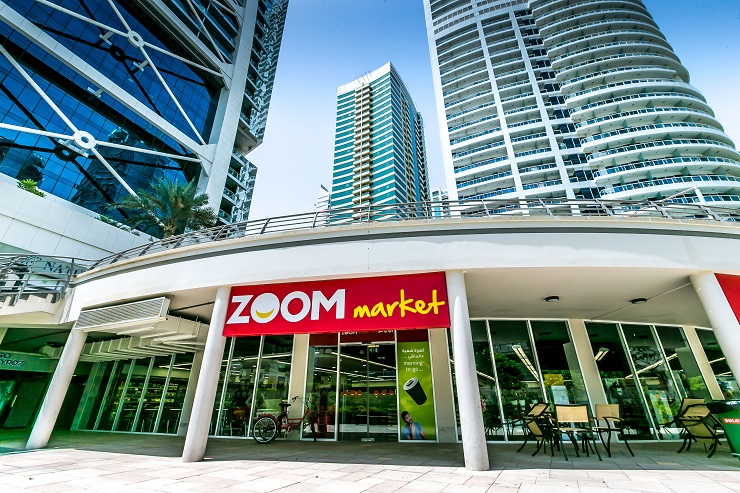 The company plans to grow its ZOOM network in the UAE by 150% by 2025 to cater to increasing customer demand and population growth, while aiming to triple its turnover in the next 15 years.

ZOOM’s growth plans include opening of 30 stores every year to reach 500 stores in the UAE by 2025, including standalone stores, stores in service station network and franchise stores.

Regionally, the company has plans to expand in Saudi Arabia where it currently has three convenience stores (C-store) in petrol stations with six more opening in 2016. The company plans to have 27 ZOOM stores in KSA by 2018 in line with the petrol station growth plan. There are currently two ZOOM stores in Bahrain with plans for several more over the next few years. ZOOM is also open for franchising both in the UAE and across the region.

Commenting on the growth plans, Saif Al Falasi, Group CEO of ENOC, says, “We are proud to have created a home-grown brand that delivers international standards and quality to our communities. When we launched the standalone ZOOM stores a few years ago, we received an overwhelming response from our customers resulting in our focus to grow the standalone ZOOM business so we can serve every community across the UAE.”

“Our priority is to enhance the entire customer journey through our stores. To achieve this we are studying strategic partnership opportunities with developers and hotels to identify attractive locations, redefining customer expectations and experience by changing our merchandise mix and exploring newer options of the look-and-feel format. We are evolving as a true convenience store player, taking ZOOM beyond its original concept as a service station convenience store,” he adds.

With over 200 strategic locations in Dubai, Abu Dhabi, Sharjah and Ras Al Khaimah, Fujairah and Umm Al Quwain, ZOOM has a variety of formats from service station C-stores to mini marts, metro stores up to large-scale supermarkets, located in a number of high-end locations such as Burj Khalifa, Burj Gate, Cayan Towers and Burj Al Salam. The merchandise mix is primarily focused on food and drinks, with non-food items, while offering services as well.

In order to improve customer experience, ZOOM recently partnered with BEAM to allow for cashless/cardless payments within all stores. This service, which will be available in the third quarter of 2016, will enable customers to make purchases through their phone.