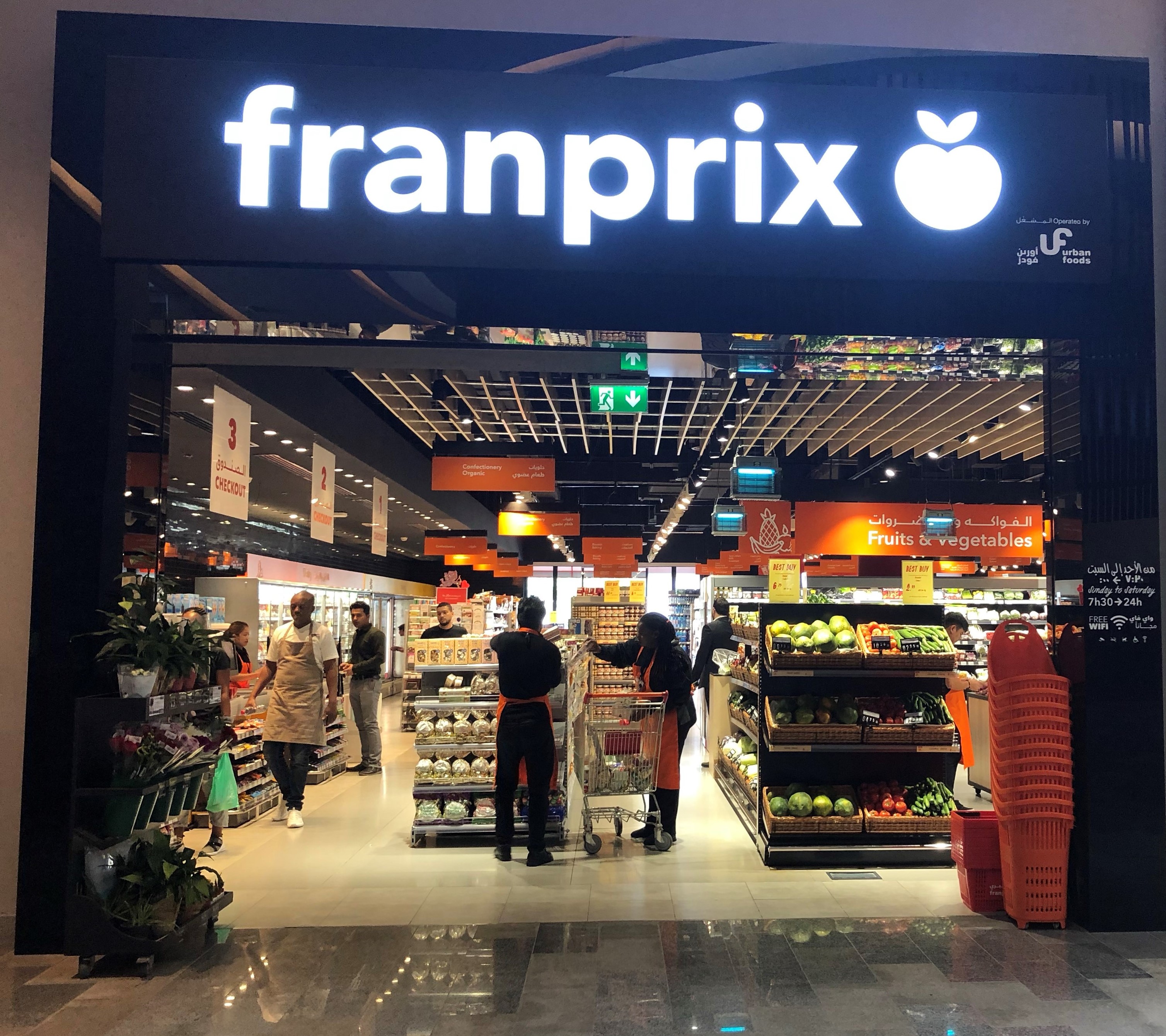 Dubai-based Urban Foods – which is building a network of hypermarkets, supermarkets and convenience stores across the UAE – has brought the French grocery store chain Franprix to the UAE. The first Franprix store, spanning approximate 9,150 sqft, opened on December 17, 2018 at Galleria mall on Al Wasl Road.

Commenting on Franprix’s proposition – during an exclusive interview with RetailME – Mark Lack, CEO of Urban Foods, said “Among the special features at Franprix is our attempt to ensure zero to low packaging. Along with loose spices, pulses, beverages, we will also sell oil in a manner that allows customers to reuse the bottles. All these steps go a long way in enhancing the customer experience.”

“Over the last couple of months that we have been open, consumer response has been great. Organic and healthy products sell very well. Fruits and vegetables, followed by bakery are among the hero categories, so far,” he added.

A European Commission (EC) delegation – comprising 37 delegates from 17 countries falling under the European Union (EU) – visited Franprix at Galleria mall today, February 18. The EC delegation is looking at supply chain opportunities from European countries to the Middle East. A visit to Franprix, which is beautifully complementing the regional grocery landscape, was obvious. 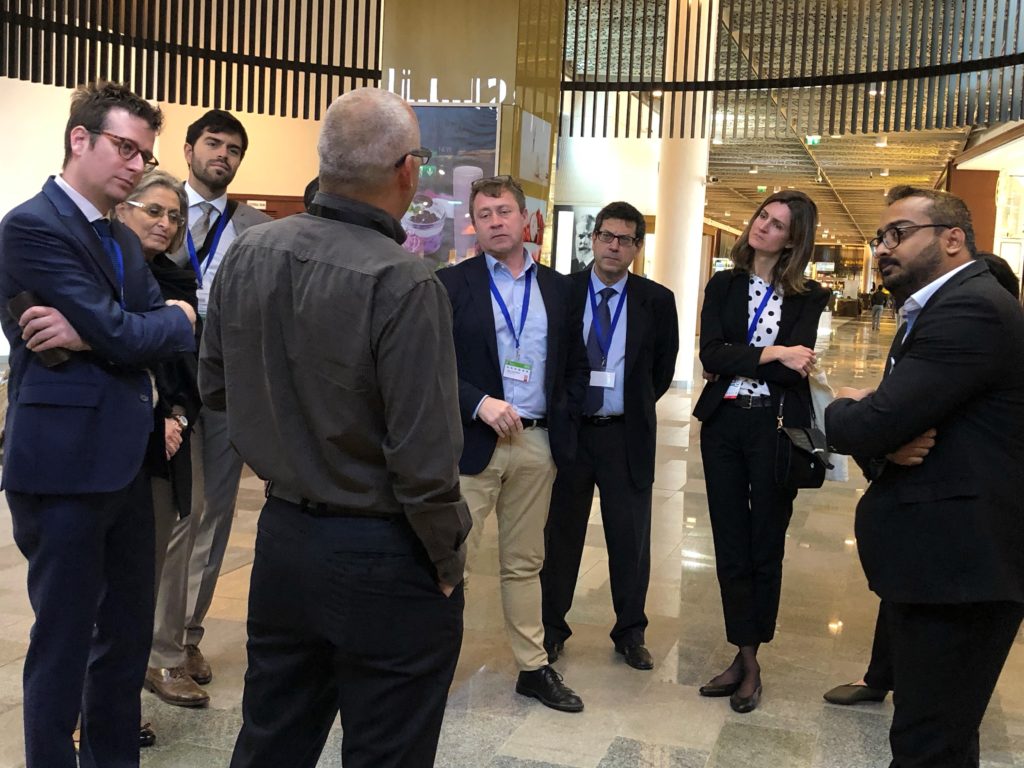 A European Commission delegation at Franprix 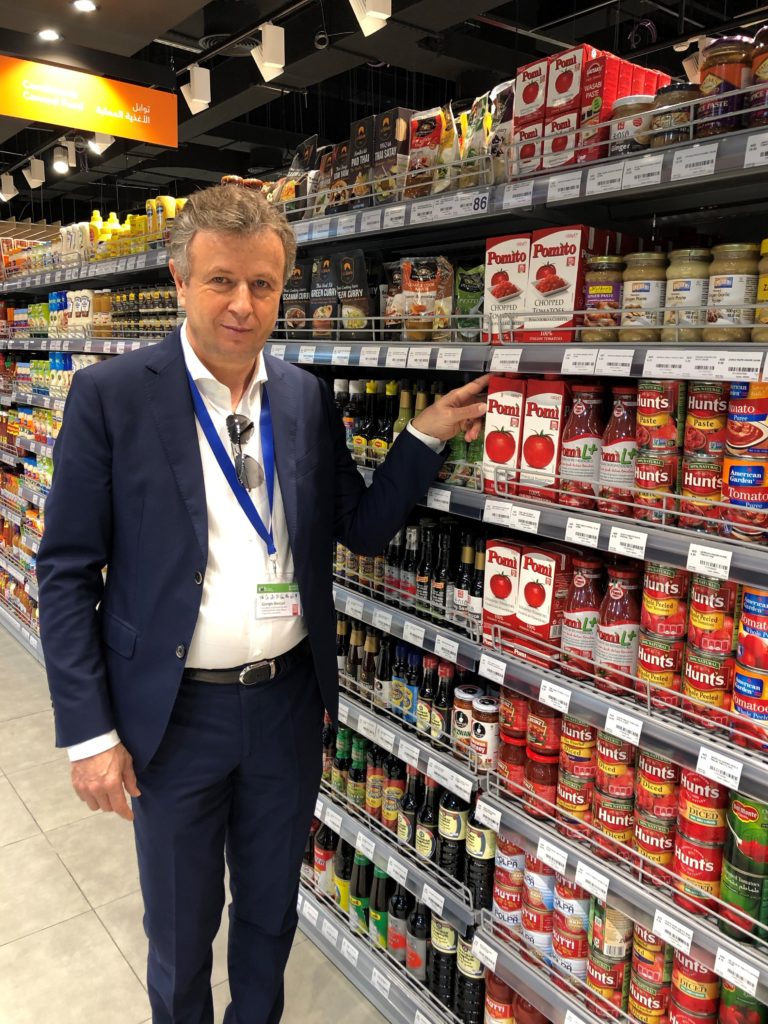 When asked about the purpose of his Franprix tour, Giorgio Mercuri, president of Alleanza Cooperative Italiane from Rome in Italy, stated, “We chose to visit Franprix, specifically, because it is a European brand offering high-quality products from Europe. Since we have a strong commitment towards sustainability – in our approach to production and packaging of goods – exploring possible collaborations with brands like Franprix is always on top of our agenda.”

According to Mercuri, if a collaboration happens with Franprix, some of the key products for importing would be pasta; fresh and processed tomatoes; cheese; vegetables; fruits like apple, pear and kiwi. “This tour has helped us to realise the huge demand for ‘made in Italy’ products like pasta, cheese and tomatoes as well as ready-to-eat items in the UAE – that we think will act as our gateway into the Middle East,” he added.

Turning focus back to the French grocer, some features – like candy dispensing units add an element of excitement, making a rather mundane chore like grocery shopping fun to do at Franprix. “These candy dispensers are unique to Franprix,” Lack revealed.

Another standout feature of Franprix is the eating arrangement, based on a food-to-go model. “Even the store navigability is planned in a manner that highlights that food-to-go element, which is slightly premium. As consumers enter Franprix, they can get a cup of coffee from the vending machine. They can buy hot food and grab a seat – inside and outside,” he stated.

Currently, Franprix has a three-store network in the UAE at Galleria mall, La Mer and soon to open in Bluewaters Island. “We might open another Franprix store, in the Al Barsha area, within this year,” Lack concluded.