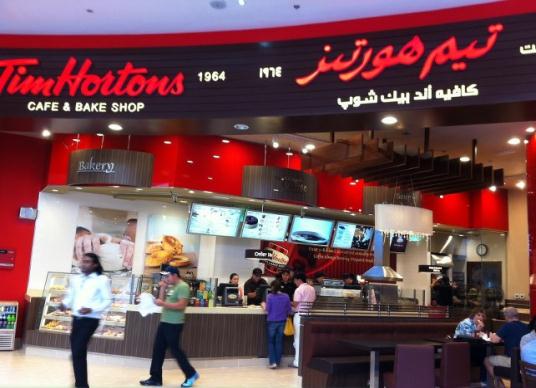 Canadian restaurant chain Tim Hortons has signed a new deal with UAE-based Apparel Group to open 100 coffee shops in Saudi Arabia by 2018, as part of its overseas expansion plans.

The new deal is over and above the 120-outlet deal that the company had signed with Apparel Group in 2011 to open up to 120 locations in the GCC, including Qatar, Kuwait, the UAE, Oman and Bahrain by 2016.

Tim Hortons currently has 27 restaurants in the GCC, mainly in the UAE with a total of 20 locations planned in 2013. Development in Saudi Arabia will be managed by Apparel Group and are expected to cover major urban markets.

Named after the hockey player who founded the brand in 1964, Tim Hortons is something of an institution in Canada with more than 4,071 outlets worldwide. In its home market the brand has a 40% market share of all quick service restaurants and serves up to two billion cups of coffee annually.