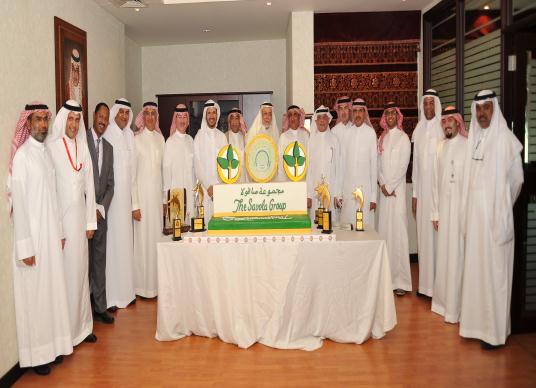 Commenting on the group’s achievement, Sulaiman Al-Muhaidib, chairman of the board, congratulated all the shareholders and employees of Savola’s. He also thanked all shareholders for their continuous support, and the board of directors and executive management for their leadership and managing of Savola’s operations and maintaining the best standards of corporate governance.

“The Savola Group adopted corporate governance standards since 2003, believing in the importance of governance and transparency for shareholders, investors and the financial market and the role it provides in protecting the rights of all stakeholders,” says Mohammed Abdul Kader Al Fadel, head of remuneration, nomination and governance committee. “The Savola Group has been ranked first in Saudi Arabia and second in the Arab world in the field of corporate governance and transparency, according to an independent study conducted by Standard & Poor’s and Hawkamah Institute for Corporate Governance in Dubai back in 2011 for its excellence and high standards of application of corporate governance. All of these achievements will only put more challenge on the group to move forward in adopting global standards and best practices.”