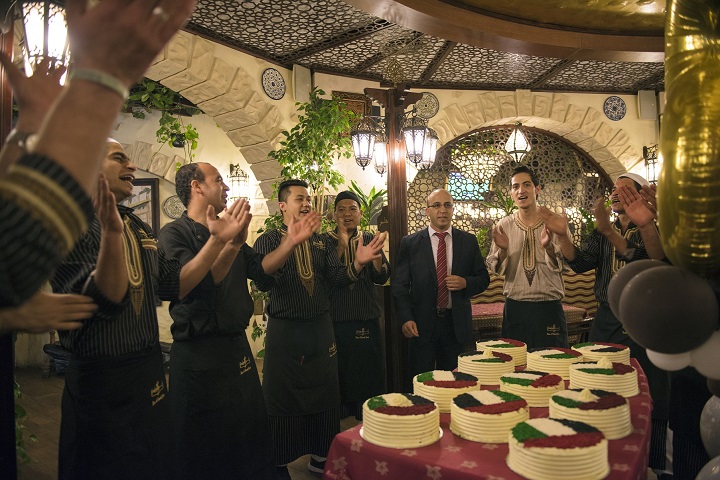 UAE-based Reem Al Bawadi restaurant is commemorating its 15th anniversary, having first opened its doors in Dubai with its flagship Jumeirah Beach Road outlet in 2001.

The anniversary celebration of Reem Al Bawadi, which is now owned by the first public joint stock retail operator in the UAE Marka PJSC, coincides with an ambitious six-month expansion plan. Marka plans to open Reem Al Bawadi restaurants in Abu Dhabi at Dalma Mall and Al Forsan Village and in Dubai at Jumeirah Creekside Hotel, Dubai Festival City and The Pointe. It will also expand in Bahrain. In addition Reem Al Bawadi is also present at the Global Village this year.

“Reem Al Bawadi’s 15th anniversary represents the crowning glory of its success. When we look back and take stock of how far the restaurant has come, we can see remarkable development as it has grown from a single outlet in 2001, to become one of the largest, best-known and highly-regarded local food and beverage brands in the UAE,” says Marka CEO Nick Peel. “Marka will use this milestone as a launchpad to continue the restaurant’s successful journey through a series of new openings and franchise agreements across the GCC & MENA region.”

“Reem Al Bawadi has successfully captured the true essence of a relaxed yet sophisticated restaurant and café. With our warm, welcoming service, the customer feels the same level of comfort as they would at a friend’s house, making it ‘a home away from home’. This brand has truly struck this balance well, proving popular across the GCC market rapidly emerging as one of the fastest-growing concepts in the food service industry,” Peel adds.