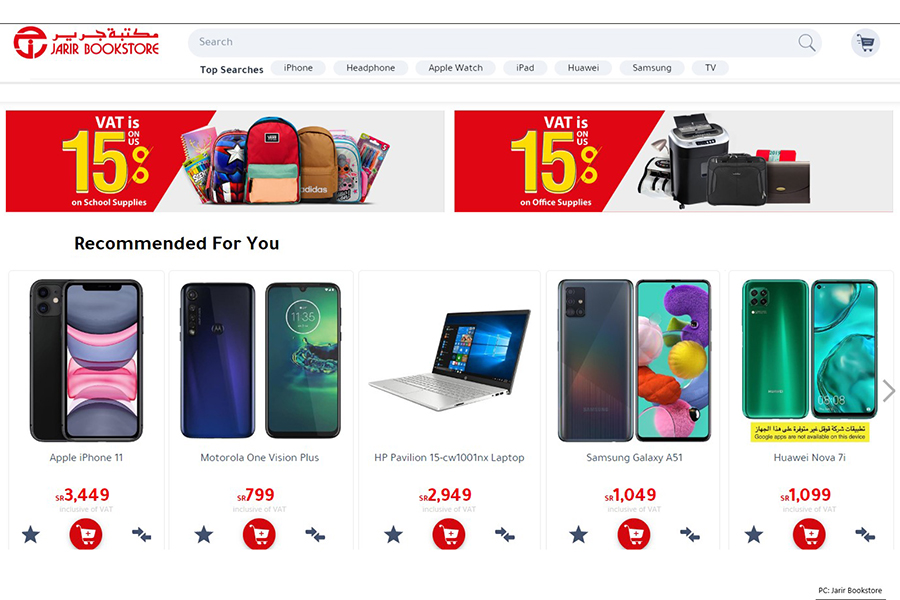 Online facilitates Jarir Bookstore sales in Q2 2020, which rose almost six-fold contributing significantly to the rise in overall retail sales. According to the Saudi Arabia-based omnichannel retailer Jarir’s statement, “At a time when the performance of the showrooms was significantly affected by the preventive measures to control the spread of the COVID-19 pandemic, online sales achieved a big leap as it was the main shopping channel available to consumers during the closures and lockdown.”

In an interview with Bloomberg, Jarir chairman Muhammad Al-Agil confirmed that online has indeed performed very strongly during the second quarter, while indicating the possibility of opening five stores in 2020.

As online facilitates Jarir Bookstore sales in Q2 2020, the company has posted a 1.44% increase in its second-quarter sales, touching SAR2,373.9 million for the period ending June 30, 2020, compared to SAR2,340.2 during the previous quarter.

Despite the slight increase in sales, net profit for the quarter has declined to SAR208.4 million from SAR 251.7 million during the previous quarter. The decline of profit margins could be “due to the change in the sales mix in favour of sections with relatively low profitability as compared to the previous quarter, which included the second semester back to school sales.” As well as “an increase in general and administrative expenses, which included the company’s contribution to the Ministry of Health’s Health Endowment Fund for an amount of SAR20 million.”

Meanwhile, a decline in certain operational costs are driven by government support to mitigate the effects of the COVID-19 pandemic – such as SAMA initiative to support payment fees of points of sales and e-commerce platforms.

Notably, Jarir has seen “a significant increase” in the last few days of the second quarter due to an increased consumer demand before the imposition of VAT.