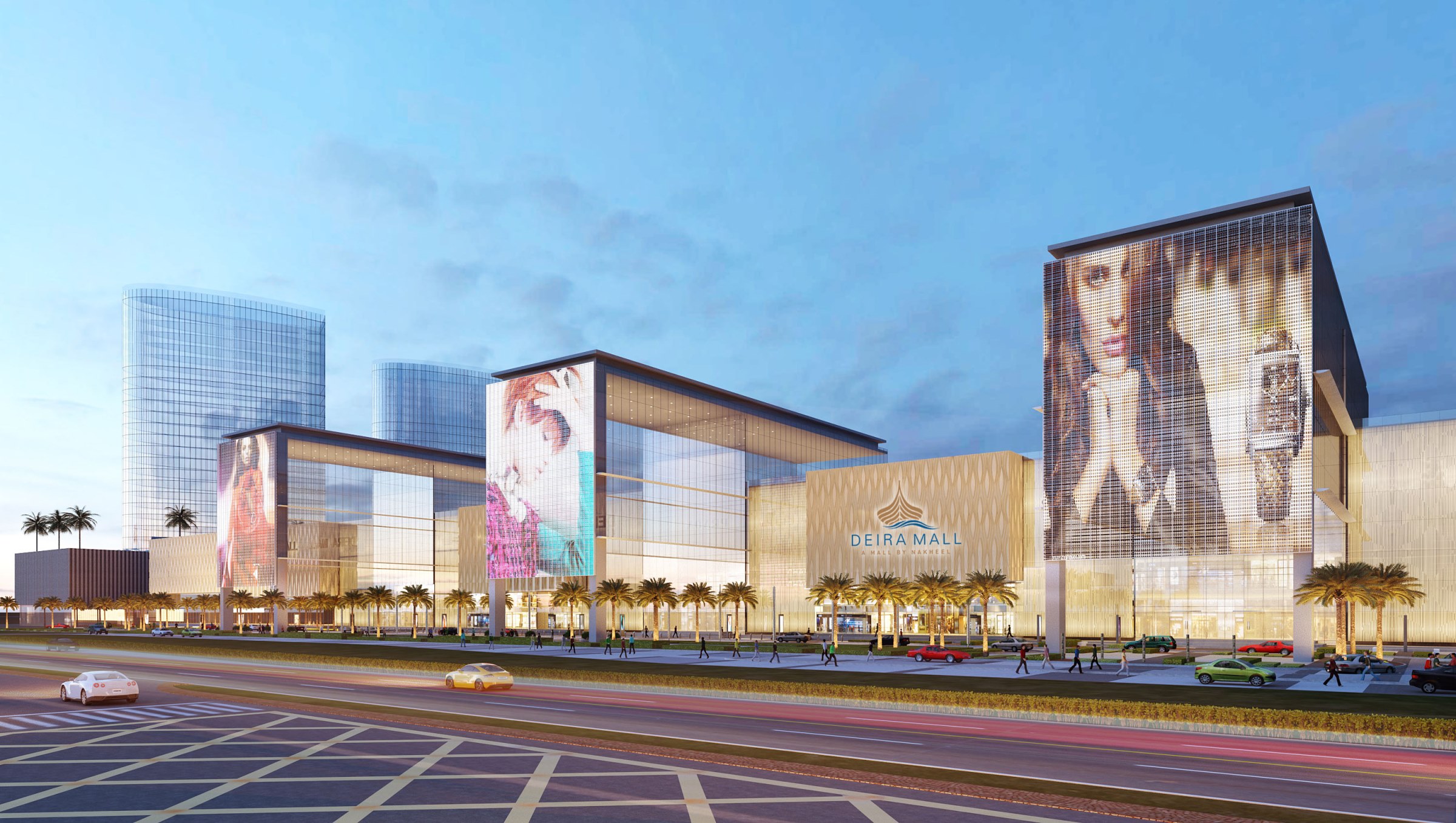 Dubai-based master developer Nakheel signed a contract for the construction of Deira Mall, its new shopping, dining and entertainment destination with a total development value of AED6.1 billion.

Nakheel has confirmed that United Engineering Construction (UNEC) will build the mall, the UAE’s largest in terms of leasable space, under a contract worth AED4.2 billion. Construction will begin in the first quarter of this year, with completion in 2021.

Deira Mall – part of Nakheel Malls’ AED16 billion expansion that will take its total retail space to over 17 million sq ft – will have more than 1,000 shops, cafés, restaurants and entertainment outlets across 4.5 million sqft of leasable space, and a 3.8 million sqft multi-storey car park with 8,400 parking bays. The mall’s star attraction, a state-of- the-art, retractable glass roof will bring natural light into the complex and allow for open-air shopping during cooler months.

“Nakheel’s existing and upcoming developments are playing a vital role in delivering the Government of Dubai’s vision. Deira Mall combines cutting edge design, world-class facilities and a stunning location to bring a new dimension to Dubai’s retail sector. With its top-flight shopping, dining and entertainment offering, the mall will provide endless attractions for residents of Deira Islands, the wider UAE community and the millions of tourists who visit Dubai each year,” says Nakheel chairman, Ali Rashid Lootah.

Deira Mall will be the centrepiece of Deira Central, Nakheel’s nine million sqft mixed-use community at the heart of Deira Islands, comprising 50 residential and hotel towers, retail, mosques and fitness facilities, all set in extensive parkland.

Deira Mall is one of two large-scale retail destinations by Nakheel Malls at Deira Islands. The other, Deira Islands Night Souk, is expected to be the world’s largest night market, with 5,300 shops and almost 100 quayside cafés and restaurants.

Construction is in full swing, with the project due for completion later this year. Nakheel is also building several hotels and resorts at Deira Islands, including an 800-room beachfront resort and waterpark through a joint venture with Spain’s RIU Hotels & Resorts, and a 600-room seafront resort under a partnership with Thailand’s Centara Hotels & Resorts. The company has also signed a memorandum of understanding with Hilton to manage a 250-room hotel and 200 serviced apartments at Deira Islands under the DoubleTree brand. More hospitality deals are in the pipeline.

Spanning 15.3 sq km, Nakheel’s Deira Islands waterfront city is transforming the area traditionally known as ‘Old Dubai’ into a world-class retail, tourism, living and leisure hub. More than 250,000 people will live there when the project is complete. The four-island development, which is adding 40 km, including 21 km of beachfront, to Dubai’s coastline, is paving the way for hundreds of tourism, leisure and residential developments including hotels, resorts, serviced apartments, mixed-use buildings and waterside homes.