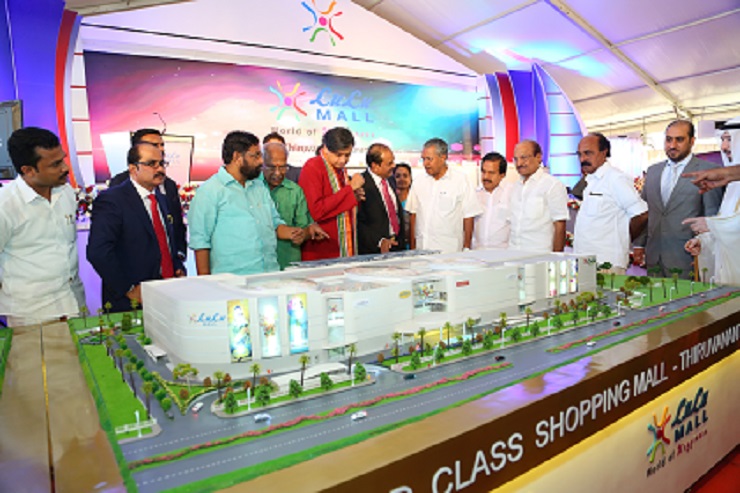 Spread over 19 acres of land located off the National Highway in Akkulam, this will be the second biggest shopping mall in the country after the Lulu mall in Kochi.

Kerala chief minister Pinarayi Vijayan on Saturday laid the foundation stone for the mixed-use project during a function presided over by the leader of opposition, Ramesh Chennithala and other prominent personalities including ministers, MPs, MLAs and Yusuffali MA, managing director of Lulu Group.

Slated to open by early 2019, the mall will be anchored by Lulu Hypermarket. It will include some of the best brands in fashion, cosmetics, home furnishing and jewellery in addition to an amusement centre, multiplex and a big food court with a capacity of 3,500 guests, restaurants, coffee shops and a nine-screen multiplex.

Being built at an estimated cost of $300 million, the four-level Lulu Mall will have a built up area of more than 2 million sqft, along with a 150-room luxury hotel and convention centre. The project is the largest private investment in Kerala in recent times.

Speaking on the occasion Kerala chief minister assured all his support in making this project a grand success and provide jobs to the educated youth of Kerala.

The mall, designed by UK-based Design International, will have parking for 3,000 cars with easy access from all main roads and will adopt latest traffic management system. The shopping mall will be environmental friendly and will adopt LEED certificate specification for being eco-friendly.