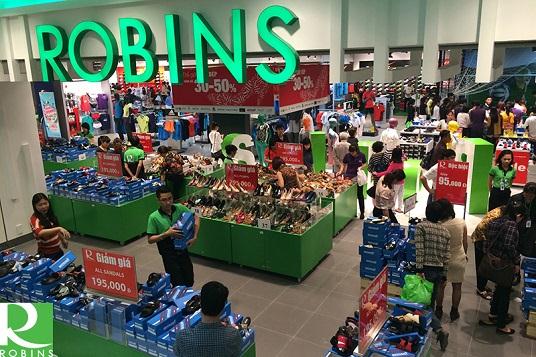 The Singaporean Mapletree Group made its presence before the public in early July when it introduced its Vietnamese partner, a first step in its plan to open its store in 2015.

The retailers are committed to lease more than 50 percent of the area, about 226 sqft. The 13 international brands include CGV, South Korea’s largest cinema chain and Co.opXtra hypermarket run by a joint venture between Saigon Co-op and NTUC FairPrice. These also include major players in the food & beverage (F&B) sector such as Starbucks, MOF, BreadTalk, ThaiExpress, Pepper Lunch and Shabu Ya.

Following Mapletree, Robins Department Store, a subsidiary of the Central Group from Thailand, has announced its plan to “conquer” the southern market to start in November.

The Japanese AEON Mall has made its official presence in Vietnam with the inauguration of the first shopping mall on January 1, 2014. The retailer plans to open a store in Binh Duong province in the fourth quarter of the year.

Other major players have also been speeding up their expansion plans in Vietnam.

Starbucks plans to open its eighth shop in the third quarter, Baskin Robbins opened its 20th shop in the second quarter, while Warren Buffett’s Dairy Queen has opened a second shop, just several months after it opened the first one in January.

Caffe Bene, a South Korean brand, present in 12 countries, will open in HCM City in the third quarter.