Flavours from the Caribbean 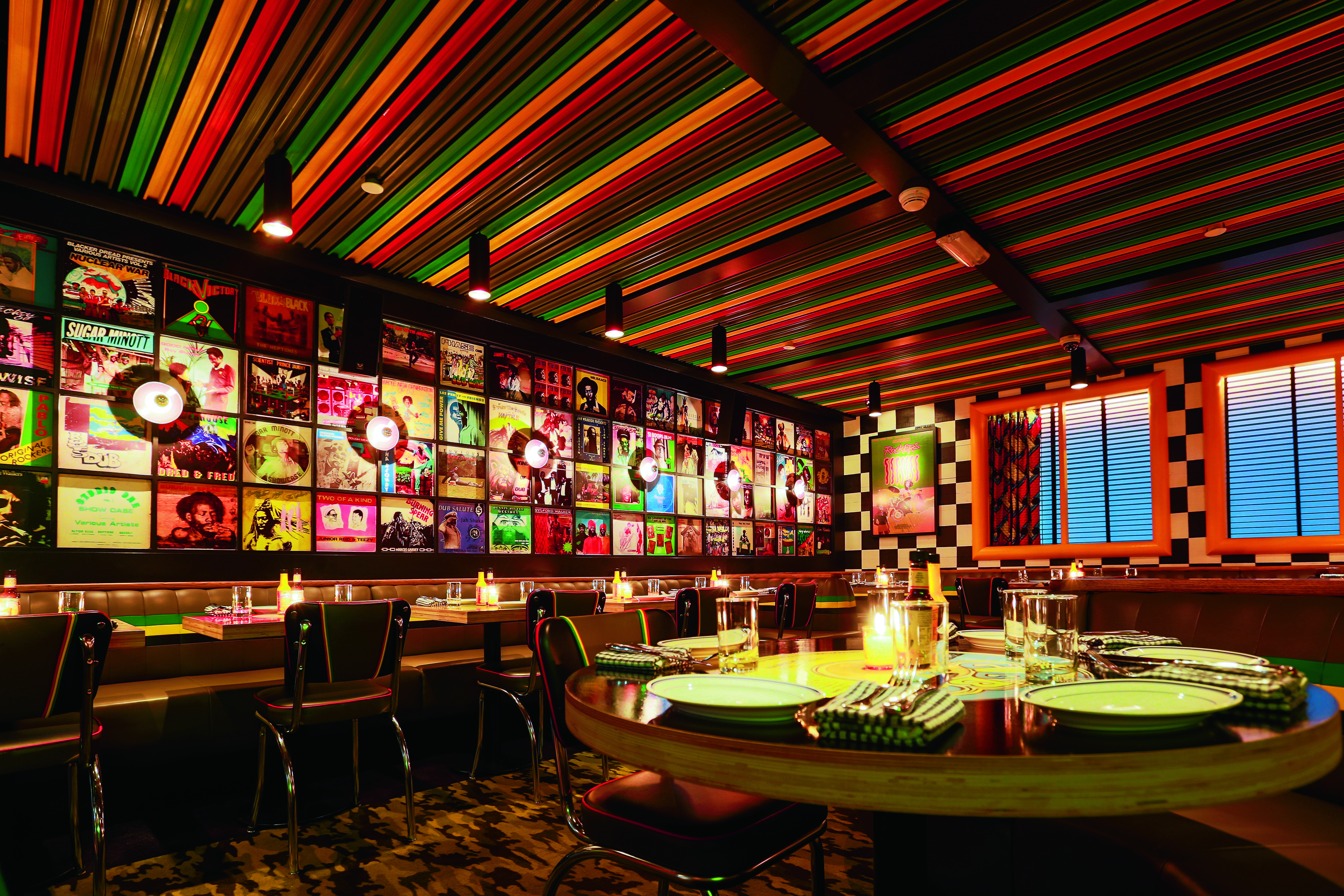 “We opened with a bang,” they shared, adding, the uniqueness of the restaurant as well as smart positioning at Sole DXB – as both business partners are streetwear and sneaker enthusiasts and met their target audience at the pop-up – went a long way in creating the initial buzz. No wonder the restaurant has attracted the likes of Rihana, Ed Sheeran as well as a list of sports stars, along with the Dubai residents.

Miss Lily’s Dubai is spread across 3,200 sqft. “You have to enter the restaurant through a container placed at the entrance. The idea is to transport our guests to a different world altogether – from the hustle and bustle of Dubai to a Jamaican oasis,” Dahmash explains.

“The front of the restaurant here actually looks like the Miss Lily’s at East Village in New York,” states Khemaney. “So much so that we flew in the canopy from New York.”

On entering Miss Lily’s Dubai, it almost seems like a two-room set-up – the yard followed by the dining area.

Finally, coming to food, Miss Lily’s Dubai makes “crave-able, colourful food.” According to the co-founders, since not many people in Dubai are exposed to Caribbean food, they wanted diners to love the food at Miss Lily’s Dubai. To offer an authentic flavour to them, the restaurant also sources many ingredients, like ackee, from Jamaica.

The full story has been published in our May edition

Galvin Dubai to open at The Square, City Walk in September

AZADEA Group to launch New Shanghai in the Middle East