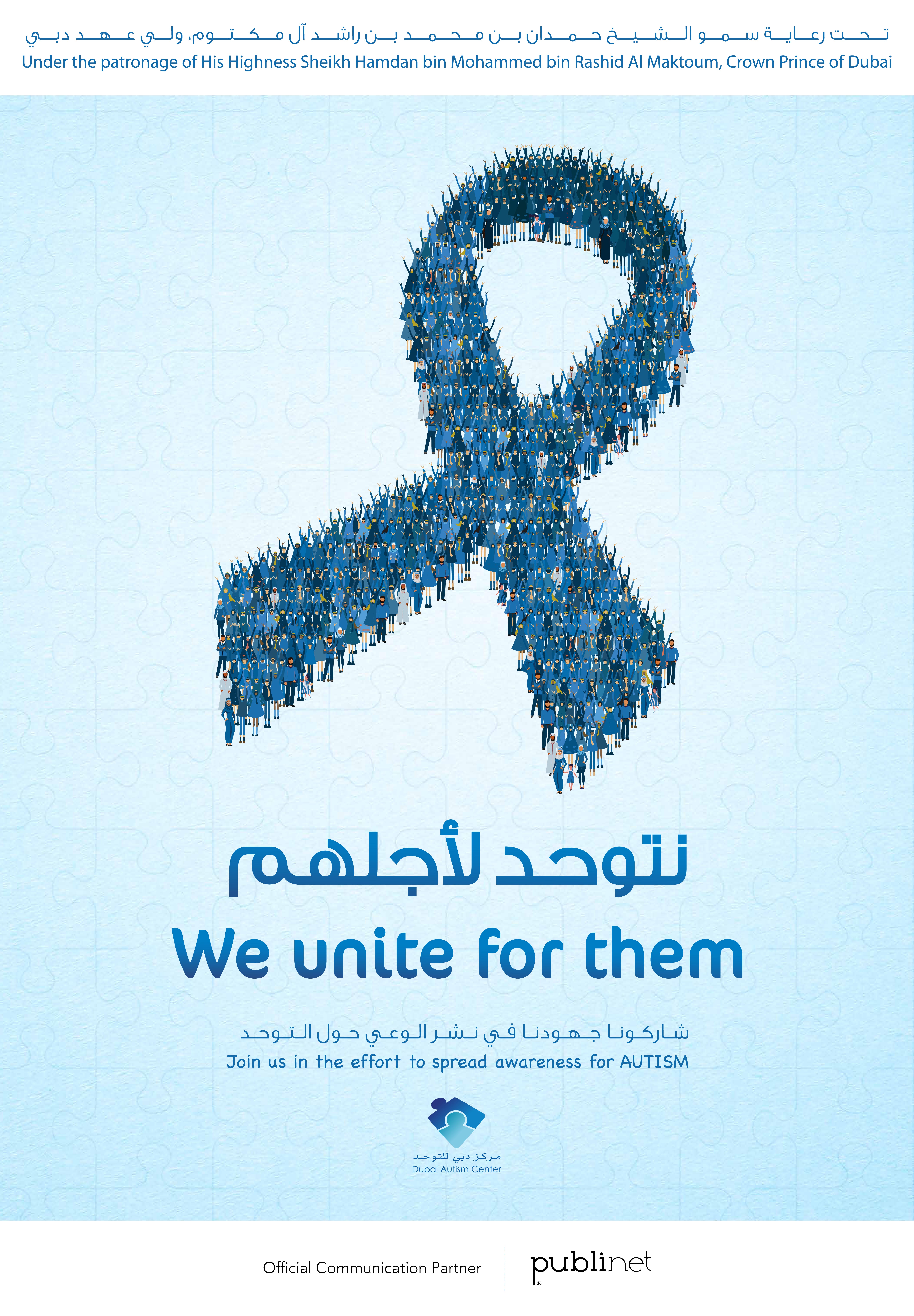 Under the patronage of His Highness Sheikh Hamdan Bin Mohammed Bin Rashid Al Maktoum, Crown Prince of Dubai and the Chairman of the Dubai Executive Council, the 14th annual autism awareness campaign will be launched on April 2 – the World Autism Awareness Day. Organised annually by the Dubai Autism Centre since 2006, the campaign will highlight the importance of community support to promote social inclusion and integration of individuals with autism.

“The awareness campaign is in line with the Dubai Disability Strategy 2020, launched by His Highness Sheikh Mohammed bin Rashid Al Maktoum, Vice President and Prime Minister of the UAE and Ruler of Dubai, to position Dubai as a friendly city for people of determination. We aim to promote the inclusion of people with autism in the community and enable them to engage with their environments as capable individuals,” says Mohammed Al Emadi, director general and board member of Dubai Autism Center.

“The Dubai Autism Centre has continuously focused on providing autism rehabilitation services and to raise awareness on the issues of children with autism and their families. The Centre is making a real difference in the lives of people through our year-round activities,” he adds.

While thanking the partners and sponsors of the campaign – including Dubai Electricity and Water Authority (DEWA), Union Coop, aswaq, Publinet and Zee Entertainment Middle East – Al Emadi underlined the importance of community support to families of children with autism.

The campaign includes several presentations across schools and public departments aimed at increasing public awareness and promoting a better understanding about the various challenges related to individuals with autism and how early intervention is important for them.