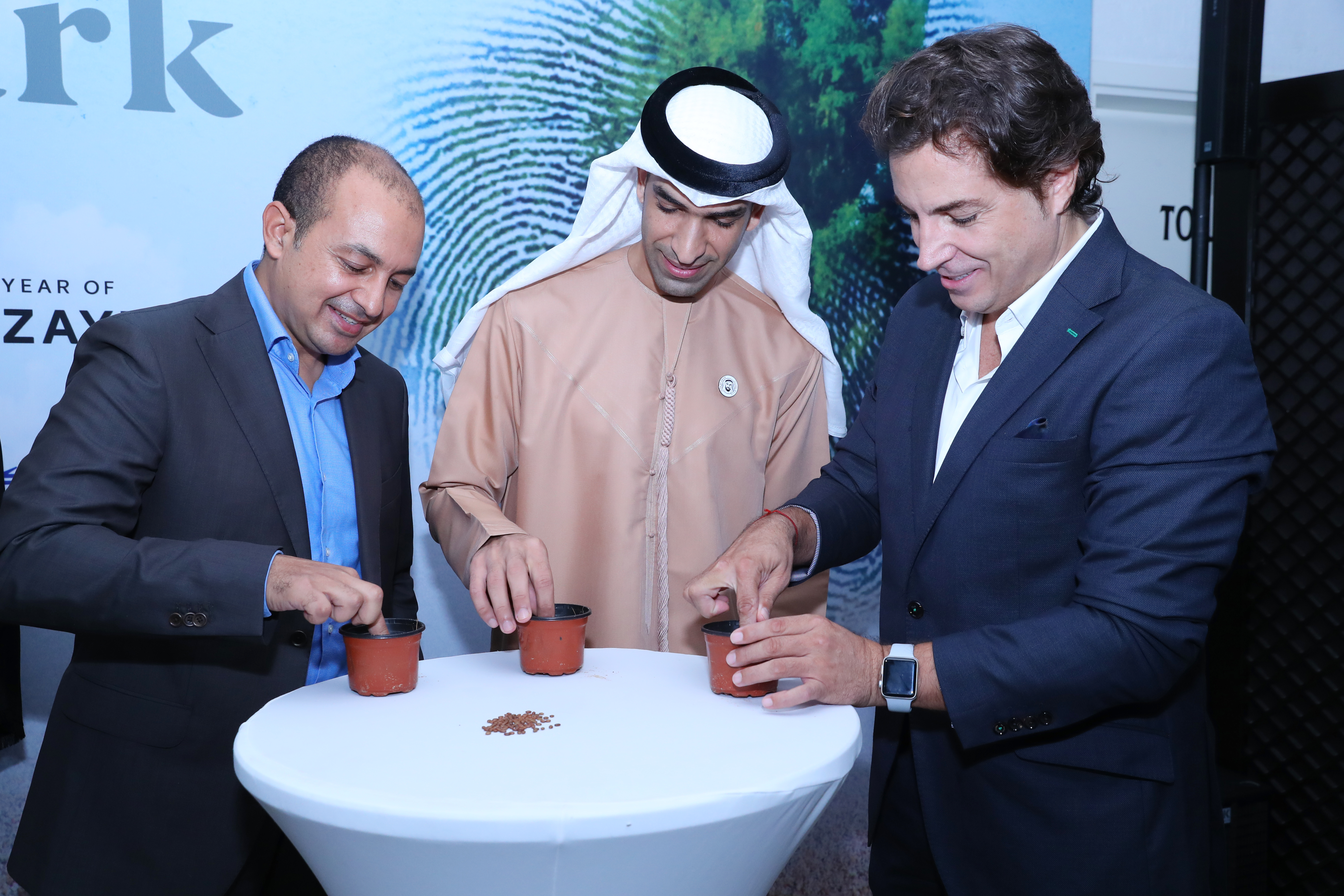 In line with the Year of Zayed initiative, Carrefour UAE – part of Majid Al Futtaim – and Procter & Gamble (P&G) planted one Ghaf seed for every P&G product purchased at Carrefour UAE stores nationwide. This effort comes as part of ‘Leave Your Mark’ campaign, through which P&G encouraged shoppers to record a video message at selected Carrefour outlets pledging to make a difference to the environment. P&G also partnered with the ‘Give a Ghaf Tree Planting Program’ and brought together 100 UAE residents to break the Guinness World Record for the most seeds planted simultaneously within one hour.

The planting of the Ghaf seedlings took place in the presence of Dr Thani bin Ahmed Al Zeyoudi, Minister of Climate Change and Environment. Highlighting the significance of the Ghaf tree to the nation, the minister comments, “Ghaf is regarded as the national tree of the UAE and I’m delighted to see an initiative such as Leave Your Mark take root on the 100th birth anniversary of the founding father of our nation, the late Sheikh Zayed bin Sultan Al Nahyan. Our strategic partners in the private sector play an active role in environmental sustainability and by launching this initiative, the seeds planted here today will literally grow into a forest of ghaf trees to benefit this land and our children for generations to come.”

“We aspire to build a better world, within P&G and within the communities around us. Every day, we work to be a force for good and a force for growth, and today our ambitions are realised in not only breaking a world record for a great cause, but also raising awareness about the plight on the UAE’s national tree, and not only encouraging communities to become part of the solution but facilitating it as well by planting thousands of Ghaf trees,” adds Mohamed Sultan, vice president Arabian Peninsula for P&G. “In this way, we are also able to pay homage to Sheikh Zayed and his endeavours to always save the tree.”

The late Sheikh Zayed Bin Sultan Al Nahyan, was once quoted to have said, “Cut a path, but don’t cut a tree.” Since then, the UAE has recognised the importance of the link between the environment and human well-being. This story inspired P&G and Majid Al Futtaim-Carrefour’s initiative: Leave Your Mark. The 20,000 seeds planted during the World Record Attempt represented a major milestone for P&G and Carrefour UAE. The potted seeds were replanted in a mosaic to show the likeness of the Year of Zayed logo when viewed aerially as a tribute to the Father of the Nation and his vision of a sustainable future.

“At Carrefour the issue of climate change and sustainability is one that we seek to address every day as part of Majid Al Futtaim’s overall Net Positive Strategy – with our customers, suppliers and partners. We acknowledge that this is a battle that requires a collaborative effort to succeed, therefore we’re proud to be a part of P&G’s Leave Your Mark initiative, while adding yet another page to the Guinness World Records book. To all our customers that purchased P&G products from our stores, thank you for your contribution, together we can help make the world a greener place for all,” says Miguel Povedano, chief operating officer of Carrefour UAE and head of operational excellence at Majid Al Futtaim Retail.

The Ghaf tree has multiple functions in the UAE desert, and is considered by scientists to be a solution to desertification by stabilising dunes while improving the soil. Due to urbanisation, the tree is on the endangered species list, and by cultivating thousands of Ghaf seeds in the UAE, P&G is working to preserve the tree and its rich heritage.