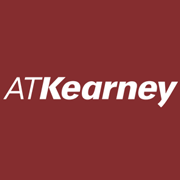 Rwanda, Nigeria, Namibia, Tanzania and Gabon occupied the top five places of the inaugural AT Kearney African Retail Development Index (ARDI), a new study designed to help large, organised retailers determine where and how to best enter Sub-Saharan Africa’s rapidly growing retail market. The ARDI is a useful framework for retailers because it not only identifies the markets in Africa most attractive for retail expansion today, but those that offer the most potential in the future. The ARDI is based on four elements – market size, market saturation, country risk and time pressure – and ranks the potential and urgency of moving into each country accordingly. The top 10 markets in ARDI are segmented into three high level approaches – start with the basics, move quickly and differentiate.

Formal retail, that which takes place in malls, shopping centers and other defined trade areas, remains in the nascent stages in most Sub-Saharan Africa countries, limited primarily to a handful of urban areas. Low rates of formal retail coupled with increasing urbanisation and the relative stability of many African economies represents massive room for retail growth. This first edition of ARDI for Sub-Saharan countries represents a valuable tool for retailers in the Middle East to understand business opportunities in Africa. A segmented approach to the markets is critical to identify the few spots where investment is already attractive versus countries or cities at an earlier stage of development that require monitoring.

“Africa represents a development area for Middle East retailers. Since retail and consumer brands are not yet well established in many African countries, there is an opportunity to benefit the first mover advantage if retailers in the region select the right formats that can match the needs of the growing African middle class. In addition, the large presence of traditional small stores creates an additional opportunity for retailers that want to introduce cash & carry formats to provide a one-stop-shop, stable purchasing offering at competitive prices,” says Emanuele Savona, principal at AT Kearney Middle East. “There are wide differences in infrastructure and supply chain development across African countries. Understanding the opportunities and limitations from country-to-country is a critical element of the retail expansion decision. By 2020, nearly half of all Africans will be living in cities. As disposable incomes rise, consumer spending will grow to almost $1 trillion. Even with the challenges of entering and succeeding in Africa, the opportunity is impossible to ignore,” believes Bart van Dijk, AT Kearney partner and ARDI co-author. “Although there are many challenges, Africa has reached a point in its economic development where global retailers must evaluate the significant potential for growth in this market,” adds AT Kearney partner and ARDI co-author Mike Moriarty.