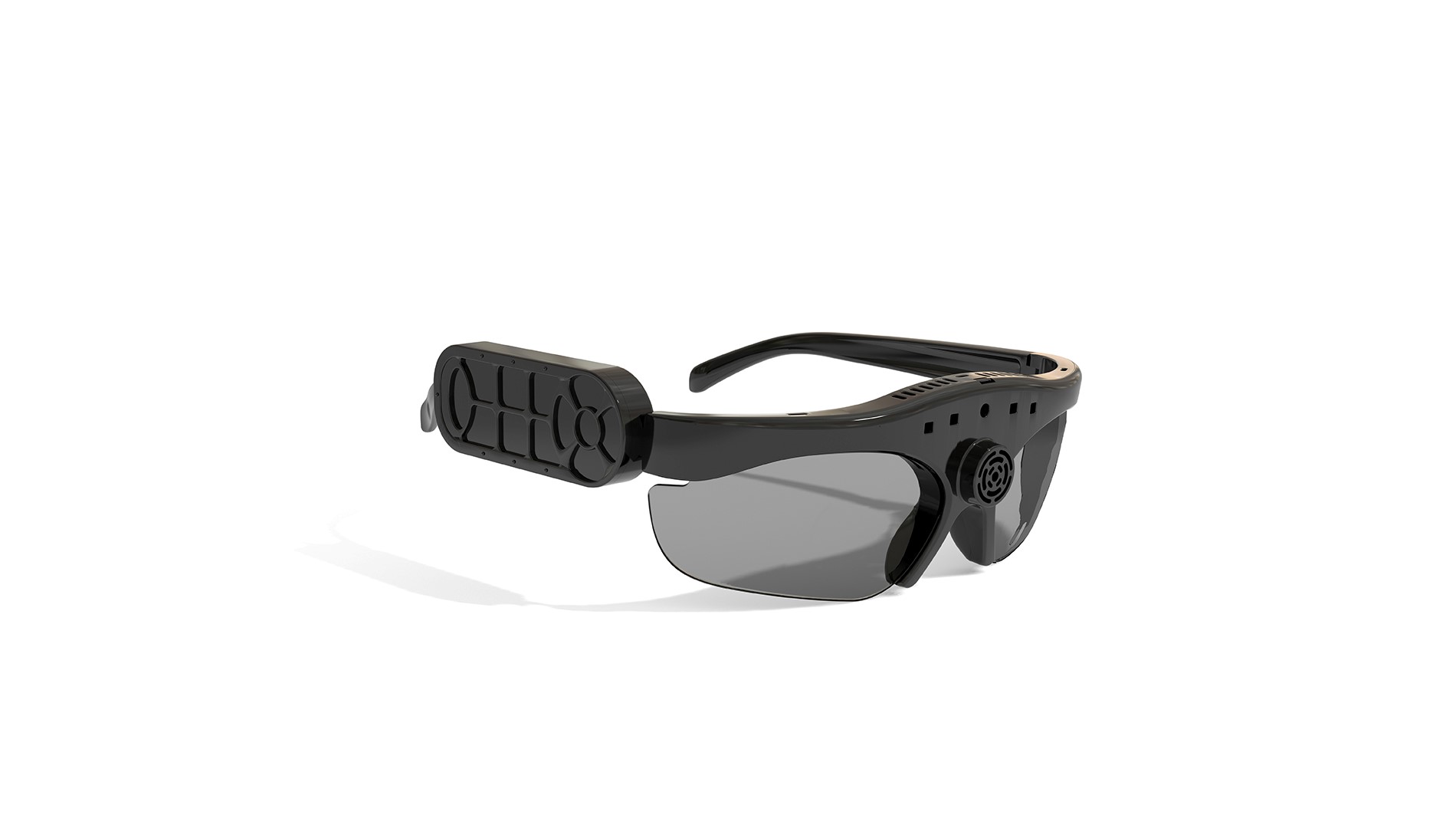 Amal Glass Company has launched ‘smart’ glasses in the UAE, which have the potential to benefit millions of blind and visually-impaired people around the world. The introduction of smart glasses by Amal comes after eight years of hard work by a team of experts and specialists in the fields of research, software and application development and Artificial Intelligence.

These efforts were crowned by the introduction of a smart product that enables the blind and visually impaired people go about their daily routines without any assistance and rely on themselves in a number of tasks – something which gives them more privacy.

Amal is a light-weight smart glass that contain numerous sensors and a pocket-mounted data processing unit that is connected to the glasses by a thin cable. The unit can be controlled by touching the right temple. Artificial Intelligence processes and presents the data to visually impaired users in the manner of voice instructions to help them recognise the environment surrounding them.

The glasses are connected to the internet via Wi-Fi or an integrated chip and are equipped with a full high definition camera. Amal glasses provide 25 important services needed by the blind and visually impaired people, such as obstacle warning, people recognition, weather conditions, using remote control devices, colour recognition to choose suitable clothes, currency recognition, holy Qiblah direction and prayer times for Muslims. The smart glasses can read books, newspapers, menus, computer and ATM screens, among others, in several languages, including Arabic and English.

In addition, the Amal smart glasses are equipped with a GPS system specially developed to help the visually impaired people identify the area and street they are in, eventually enabling them to easily move while being informed of the remaining distance to reach destination.

“The smart glasses are the result of research and development with the visually impaired themselves by identifying their needs and responding as much as possible to these needs through these glasses which are the product of a competent team that has managed to overcome many obstacles and difficulties to make this work a reality,” says Engineer Bandar Saad Al Badna, Marketing Manager of Amal Glass Company.

“The glasses were manufactured after more than eight years of research, experiments and efforts which successfully culminated in creating smart, stylish, light weight, highly-efficient glasses that are affordable and accessible to the majority of society members,” adds Mohammed Islam Hashim, Research and Development Manager at Amal Glass Company.