Alshaya to set up retail academies in Jeddah & Dammam 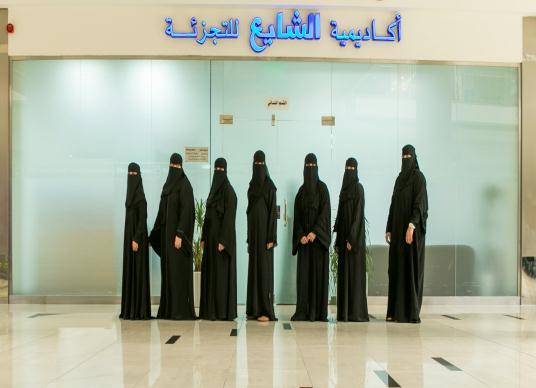 Building on the proven success of its retail academy in Riyadh, Kuwait-based Alshaya International Trading Co. announced the opening of a new academy in Jeddah later this year, together with plans for a third academy in Dammam in 2015. The expansion plans will enhance Alshaya’s ability to introduce more young women to the skills required for a career in retail and are underpinned by the recent renewal of Alshaya’s funding partnership with the Human Resources Development Fund (HRDF). The academy expansion plan follows on from pledges to recruit, train and develop national talent, which were made by Alshaya’s executive chairman, Mohammed Alshaya, at the Jeddah Economic Forum this March.

Each retail academy will provide much needed real-world skills and retail sector experience to young nationals across the Kingdom, actively supporting the government’s nationalisation goals. Alshaya has already successfully graduated 400 people from its Riyadh retail academy and through its continued partnership with HRDF the company has committed to train 8,000 young people over five years.  Successful graduates have the guarantee of a job within the company’s portfolio of leading international retail brands.

“The Alshaya retail academy is a great example of how government and the private sector can successfully work together,” believes Alshaya. “The support of the Ministry of Labour and the HRDF has been key to the development of the academy. In turn, the partnership supports our long-term growth plans, which will create many more job opportunities and careers for young Saudi people. In some areas of the Kingdom, our nationalisation rates are as high as 80%, meaning four out of five of our employees are nationals. I see no reason why we should not raise these figures still further,” he adds.

Alshaya currently operates over 600 stores in Saudi Arabia and has ambitious growth and job creation plans across the country. Today, around 2,500 of its 5,800 employees are already Saudi nationals – more than 40% – which has seen the company earn Nitaqat platinum status from the government for its commitment to nationalisation. The retail academies will play a key role in building on this number and also support the government’s goals of driving female employment. Entry onto the 13-week programme at the academies is now exclusively for women. From a zero base in 2012, Alshaya has made great progress in creating roles for women and now employs over 1,600 women across its business in the Kingdom.

“The government’s support for Alshaya’s retail academy initiative demonstrates how we are successfully working in partnership with the business community to drive job creation for our young people,” says Mohammed Moselli, deputy director general of HRDF. “This partnership approach, which is being delivered through the HRDF, makes an important contribution to our economic growth and diversification plans and we are working hard to create new initiatives to build skills and opportunities. We are very pleased with the commitment that Alshaya has made to the nationalisation joint efforts and encourage others in the private sector to explore similar programmes.”