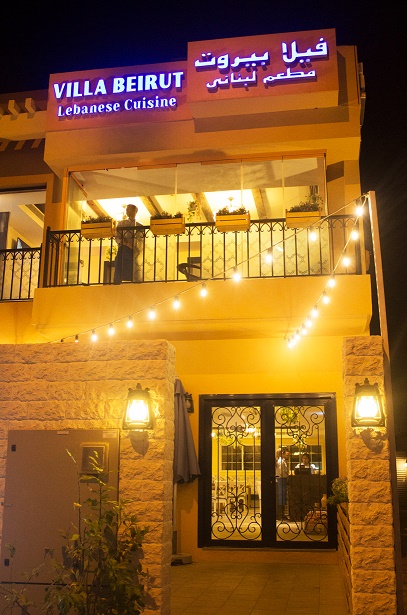 Lebanese food is a rare kind of cuisine that is both delicious and healthy across the board, and it inspires pride across the entire country. Traditional Lebanese traditions have found their way into modern food culture across the world as a whole too, birthing some delicious multicultural cross overs dishes. However, the traditional dishes still warm the hearts of people from around the globe.

From succulent kebabs to juicy shish tawook, Villa Beirut will transform your experience of dining. The idea of Villa Beirut began with a hope and vision of a Lebanese girl named Dalia who grew up watching her mother prepare traditional Lebanese delicacies in the suburbs of Beirut. Dalia was always fascinated by her mother’s cooking and adored merely authentic Lebanese cuisine.

Fuelled by a desire to produce only the best product, she worked relentlessly to learn every aspect of bringing authentic food to life. Having mastered the skills of preparing authentic Lebanese food, Dalia knew that having her restaurant was the only way she could fulfil her dream of creating a truly memorable dining experience. She envisioned a vibrant and happy place where families gather to enjoy good food and traditional music.

In 1940, Dalia, along with her husband, opened a small, unassuming restaurant in an old Lebanese house in the outskirts of the capital.  It was called Villa Beirut. It was a family run business with only four staff (Dalia, her husband and her two daughters). The initial year was very tough, but Dalia persevered, and Villa Beirut soon became frequented by numerous high profile customers.  By the second year of operation, Villa Beirut was a resounding success with patrons willing to wait in massive queues to sample Dalia’s delicious cooking.

Today Villa Beirut is one of the most beautiful places in the UAE for traditional Lebanese food since 1942. From Man’oushet Zaatar to renowned Mezzah dishes like Al Raheb and the Villa’s signature dish, Moutabal Dalia, there is a wealth of choices. The latter is a carefully curated mix of cauliflower and grilled eggplant mixed with tahina sauce. Each dish has inherited the secret quality passed down by Dalia. Many of the recipes are a tribute to her memory.