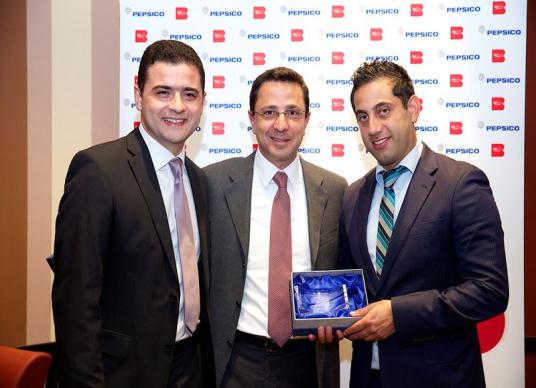 PepsiCo, Saudi Snacks Foods Co. Limited (SSFL), the foods business unit of PepsiCo in the GCC and Middle East, and BinHendi Hospitality, one of the UAE’s rapidly expanding high-end food and beverage (F&B) companies, announced expansion of their partnership whereby PepsiCo SSFL will be the premium salty snack supplier of BinHendi Hospitality outlets across the UAE.

The partnership went into effect in March 2014 across a range of BinHendi’s UAE locations, including Second Cup stores. This is an expansion to the current strong ties between both companies as PepsiCo beverage products are already supplied to Bin Hindi Hospitality outlets in the UAE, through PepsiCo’s bottling partners – Dubai Refreshments Company and Abu Dhabi Refreshments Company.

“As our bottling partners have been the privileged beverage partners of BinHendi Hospitality outlets for the past nine years, we are excited to expand our partnership into the foods category. BinHendi will now be carrying a wide range of classic and healthier snack options, catering to a vast array of consumer tastes, reflective of the rich cultural demographic of the UAE,” says Nadim Nakfoor, general manager for PepsiCo SSFL.

“BinHendi is currently operating 90 F&B stores within the GCC, and has aggressive plans of expansion to reach 200 stores over the next three years. We are proud of our affiliation with one of the world’s largest and most reputed brands,” adds Bassel Ammar, vice president, hospitality & franchising at BinHendi