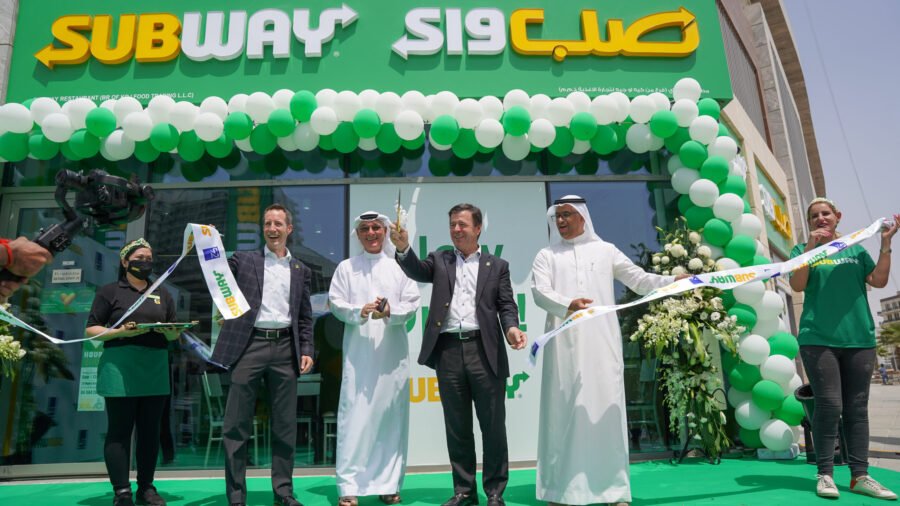 A nuclear physicist and a college freshman came together over 50 years ago to start what would become the world’s largest restaurant brand. Over the years, the submarine sandwich brand has grown and expanded rapidly in the U.S. as well as the 100+ other countries it has a presence in, with the help of its many established franchise partners.

After seeing a healthy growth streak for decades, the brand’s firm footing started wavering circa 2014 marked by declining sales, store closures, and a considerable amount of bad PR.

And then in 2019, former Burger King chief executive John Chidsey was hired to helm the operations of Subway, which was the first time the company hired someone outside the founder Fred DeLuca’s family. John came in with a vision to “refresh” the brand, revamp operations and reimagine the business plan.

He made some loud and bold moves soon after taking over the role – firing hundreds of old staff and hiring new ones, consciously closing more stores, investing heavily in marketing campaigns and TV spots with celebrities, and raising startup investment costs for new franchises.

While rumours in the market have been ripe about Subway’s deteriorating relationship with its franchise partners, even before John took over, the GCC, specifically Dubai doesn’t seem to be complaining.

Almost a year back, Subway announced a master franchise agreement in the UAE with Kamal Osman Jamjoom Group (KOJ). The agreement aimed at enabling significant growth in the UAE in the coming years including accelerated deployment of restaurant remodels – featuring a new, modern “Fresh Forward” design – as well as consistent guest experiences, both on- and off-premise.

Now the franchising model, in general, works for restaurants and QSR brands as investors trust established retailers to operate food chains, over the brands itself. “Wall street likes heavily franchised companies and not restaurants that operate 30-40% of their portfolio, as it requires a lot of capital and totally different skillets,” said John Chidsey, who was in Dubai for the opening of the newest Subway outlet in Arjan.

“One of the things we loved about the KOJ group is that they had the right technology stack, they understood loyalty programmes, and so they determine what resonates with the users here,” he explained.

“In today’s world where technology is so important in restaurants and third-party deliveries, you need franchisees that are well capitalised and have the resources to build appropriate restaurants with the right technologies. Shifting to a master franchise model with KOJ Group positions us in a much better place for growth,” he added.

How much is too much?

Subway and KOJ plan on doubling its number of restaurants across the region in the coming years. Now, a major criticism of the brand over the last decade has been about its focus on store count instead of location, productivity, or quality. The American market and its franchise partners felt that the brand was mindlessly adding more and more stores to the point where it was creating competition within the company.

When asked about whether John still felt that adding more stores in the UAE market was the right approach, he said, “We are in 100 countries. In some countries (like in the U.S), it is about how do you grow the top line as the brand is saturated.”

“But outside 10 countries, we are under-penetrated. So, if you look at the six big QSR brands – McDonald’s, Burger King, Dominos, KFC, Starbucks, and ourselves – we are the only ones that are bigger in the U.S. Everyone else is bigger outside the U.S. So we still have enormous growth potential outside the U.S.,” he explained.

In the U.S., Subway had tested a subscription service – a Subway Footlong Pass, which enabled customers to get 50% off one Footlong sub each day in September. The passes costed $15 and only 10,000 were made available. In order to be eligible to purchase it, customers needed to be a Subway MyWay Rewards member.

“We sold out 10,000 subscriptions in four hours. We need to see if it has global applicability. The first test was well received,” he said. “We are going to relaunch our loyalty program next year. This (subscription programme) could end up being tied into the loyalty programme or it could be a standalone opportunity.”

While it isn’t clear if the subscription model will be introduced in Dubai, the loyalty programme will soon relaunch in the region.

According to John, Subway’s digital sales have tripled since 2019. While much of it was propelled by the pandemic, there is still a lot of demand for the sandwiches across its online sales channels. However, that hasn’t quite bitten into the brand’s in-store sales. Since people, who are choosing to dine-out are broadly driven by the experience that restaurants and stores can offer, would it mean that Subway would need to turn all their outlets into massive experience centres? Mike Kehoe, EMEA President at Subway disagrees.

“I do think there is also an opportunity for kiosks in the market. When you think of remote orders, where people order online and collect in-store, use aggregators, or our own app, there are new sales channels integrated with technology into the ordering process,” he said.

Being a global brand, Subway enjoys the benefit of scalability. In addition, the brand’s DNA allows for a level of flexibility in size, location, and experience, which makes it an attractive acquisition for franchisors.

“The beauty of Subway is the flexibility of the brand itself. We can open a store in the mall that is only 20 sqm or a flagship store that is 150 sqm. We can go into airports, universities and various other locations with different sizes and same offering. A lot of QSRs can’t do that. When we signed up for Subway, we saw this as an upside,” said Hisham Al Amoudi, Group CEO at KOJ.

Commenting on the brand’s rapid and ambitious expansion in the UAE, he said, “I disagree that having less stores and driving huge experiences is better. I believe that if the brand is everywhere, it is better, as visibility, market share and screen share is important.”

It’s clearly no longer either-or. Retailers are capitalising on all possible sales channels they have at their disposal and also creating new avenues to push their products to its customers in creative and engaging ways.

“KOJ is known for its CRM program and tech stack across multiple brands and we are going to relay these technologies to relaunch Subway’s own app here,” he said. “That would dovetail and sync with the food delivery aggregators. A 360 degree consumer experience is our goal.”

“Technology can be exhausting, costly, and a never-ending journey. But businesses have to think about what sort of technology they can use and what value you can get by deploying technology to achieve specific targets,” he added. “Some business applications being applied in this store have cut the time of preparing the delivery order from 5 minutes to 2 minutes. You save money, efforts and make it convenient for customers.”

The new Subway outlet in Arjan, which brings the brand’s store count in the UAE to an impressive 125 is a tech-enabled, delivery friendly, experience-driven outlet that offers a convenient and seamless experience to customers who want to dine-in or take-out. It also has a separate area for delivery drivers in order to make the process smoother and hassle-free. Considering, a lot of the cooking happens at the counter in the front-end of the restaurant, the back-end space is utilised to accommodate delivery processes and also for staff training.