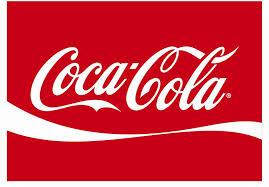 Coca-Cola’s profit declines the most in more than two years after a shrink in North American soft-drink demand and its once-effervescent growth in emerging markets showing signs of slowing. The company’s fourth-quarter net income declined 8.4% to $1.71 billion from $1.87 billion a year earlier. Sales plummeted 3.6% to $11 billion in the said period. Coca-Cola’s global sales volume grew just 1% last quarter, less than the 3% rate that the company posted a year ago. Its sales volume in North America fell 1%.

Facing sluggish demand worldwide, Coca-Cola embarked on a plan to cut $1 billion in annual costs by 2016, aiming to reduce supply and data management expenses and overhaul marketing programmes. About three-quarters of the company’s volume come from soft drinks, with orange juice, water and other beverages accounting for the remaining.

Coca-Cola gets 41% of its volume from developed markets such as the US, Germany and Japan. Developing markets like Mexico and Brazil account for 37%, and the remainder comes from the emerging category, including China and India.