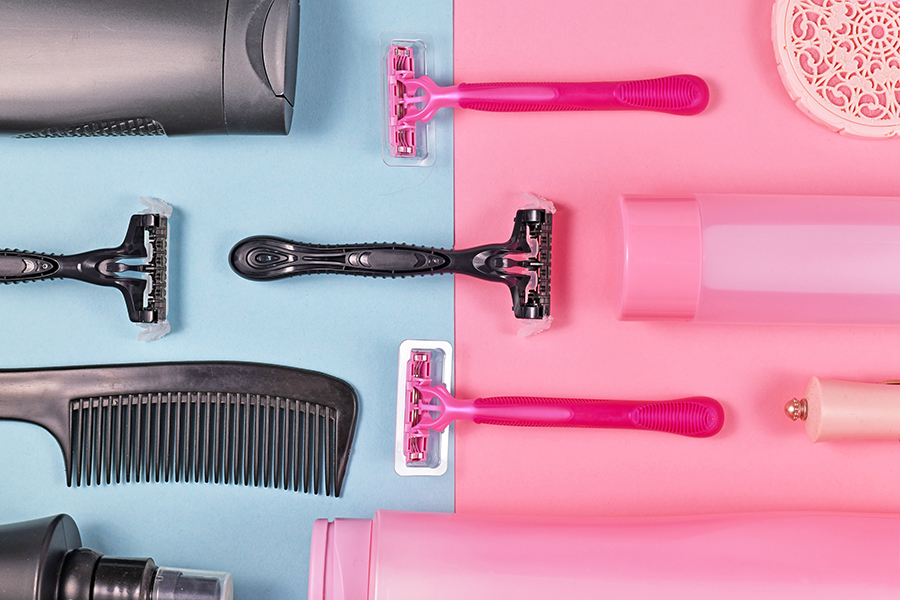 One of the many advantages of living in the GCC is the fact that you don’t have to pay taxes, except for maybe the Value Added Tax that was recently introduced. But, if you are a woman, there is one extra tax that you have been paying for years that you probably don’t even know about. The Pink Tax, or the tax for being a woman. As ridiculous as it may sound, this is one of those unified, inevitable taxes that is imposed on women globally, with very few exceptions.

Pink tax is gender-based pricing where women end up paying more for similar products marketed specifically to them. The tax applies to everyday products that span a woman’s life including clothes, personal hygiene products, toys and even certain services like haircuts, dry cleaning and so on.

Now, this is problematic on multiple grounds starting from the fact that across the world, there is a gender pay gap in favour of men that are already being debated across economies. According to the Institute of Women’s Policy Research, women ear 21 percent less than men on average. Although the UAE has updated its labour law to require equal pay for men and women with the same work of equal value, globally, very few countries have such a ruling, putting women in a weakened position when it comes to their purchasing power.

This extra payment isn’t a new introduction but has definitely gained more traction now globally given that consumers are choosing to be more aware, educated and vocal of their demands and expectations.

“As a woman, it is impossible to live in today’s world and not be aware of the ‘Pink Tax’. As a female customer, I have often ended up paying more for products I personally use than that used by the male members of my family”, said Rika Bothra Sinha, marketing director of Plastfree Middle East FZE and pink taxpayer.

“In many countries, feminine hygiene products are considered luxury items, which means there is an additional tax that consumers have to pay whenever they buy sanitary napkins and tampons – this is also referred to as ‘Tampon Tax’. With the absurdity of feminine hygiene products categorized as “luxury items,” many women around the world have banded together to protest this premium,” she said.

Taking a step against ‘period poverty’, Scotland recently became the first nation to make period products free for all women. But there are many countries across the world where feminine hygiene products are taxed at very high rates. Hungary (27%) and Sweden (25%) impose the maximum tax on sanitary products making them expensive for the commoners. Other nations like the U.S. (4-10%), Mexico (16%), Spain (10%), Iran (9%) etc, also levy high taxes on period products.

“As an entrepreneur who is aware of this disparity (Pink Tax), having faced it myself as a consumer – our aim has been to make our products economical. Being in the personal hygiene space, moreover, we realise that there should not be any additional cost attached to products used for natural bodily functions,” said Sinha whose brand claims to create sustainable hygiene products at a great value.

According to her, while businesses and corporations can help the cause by introducing laws that remove tariffs on women’s products and retailers and manufacturers can help by giving rebates on listing fees and shelf rentals, it is finally up to the consumer to take a stand and address the disparity.

“Corporations around the world will continue charging women the pink tax if nothing is done about it. By boycotting items with the pink tax on them, buyers can not only save money but also send a clear message of displeasure. If we take a stand and take some action, there may be the hope of dissuading them from discriminating against women,” she said.

But it’s not just adults that are becoming more aware of the retail process today. 15-year-old Samara Eitzinger speaks about how she isn’t just aware of the pink tax, but is also a victim of it.

“Women’s fashion was the first place I saw it along with products like razors. I saw the difference in price when I was looking for a certain style of clothing at a well-known fashion store. When I had found it in the men’s section I considered checking in the women’s to compare prices with hopes of saving myself some money. I was shocked to see the difference in price to be nearly AED50 more for the women’s section,” she said.

“I’ve also had many experiences with shoes being much more expensive merely because they were aimed towards women (specifically sports shoes). I’ve also found that razors for men came in combo packs and at prices that are significantly less than women’s,” she added.

When asked if she would be more loyal to brands and retailers that addressed the issue and would prefer to purchase more from them, Eitzinger said, “Definitely. I would respect a brand way more if they were open and vocal about this very real issue. Many brands hide it or play it off like it doesn’t exist. A brand that acknowledges it and fights for it to be fixed is a brand I support.”

Surprisingly, it is not just customers who have acknowledged the issue of the pink tax. Even local retailers have accepted that there is gender-based price discrimination globally, including in the GCC.

“I think it exists. The broad challenge is coming from the manufacturers of the products. There is a difference in the price of the items that are particularly targeted and the pink market are charged at a premium,” said Tom Harvey, general manager at Spinneys.

Since it is the brands and manufacturers that decide on the prices, according to Harvey, it causes constraints for all retailers to make sure their margins are maintained at a sustainable level. But what can the retailers do to help the cause?

“In the simplest sense, retailers can take the hit themselves and apply the pressure back on the manufacturers. But the most important thing really is for the consumer to be voting with their feet. That is what drives the entire supply chain and the change in behaviour in both retailers and further upstream,” he said.

While there is the social aspect to the alleged tax that is levied on women, the economics that justifies the reason for the tax must also be analysed and understood. First, the terminologies matter. It is called the pink tax or tampon tax and even ‘the cost of being a woman’. All of this points towards price discrimination, the economic definition of which is selling the identical product to different people at different prices that are not related to cost. While the first part of the definition holds true for the subject in hand, the fact that whether the determination of the prices is related to a cost or not must be examined.

Product differentiation is the process advertisers use to distinguish one product from other similar products in hopes of making it more attractive to a particular demographic target market—like men vs. women. You know, by using pink boxes instead of blue.

Price elasticity is simply a measurement of how much consumers are willing to pay for a given product. Many marketers believe that women tend to be more price elastic in making buying decisions than men. The third concept of economies of scale is what Piyush Kumar Chowhan, group CIO of Lulu uses to justify the pink tax.

“The reason is market penetration, the total volume and has a lot to do with economies of scale – certain products are positioned as a niche and unique offering. In the segment that these brands are offering (such as razors), it is a small percentage of the larger volume they are offering. Since your scale is small, the cost automatically goes up. If you do 5 million razors against 100,000 razors, the cost economy comes into play. In this case the product may not be as fast-moving as the men’s product, which is why it is priced higher,” he explains.

He also touches upon the point of price elasticity explaining that women have traditionally been “okay” paying the additional amount of money for goods like personal hygiene products.

“It has been positioned in a way that the perception is, it could be sold at a premium. It is not a discriminatory pricing policy, but since there is a market that is ready to pay more and the competition is also less – for example, if you walk into a men’s shaving section, you’d find a huge amount of competitive propensity for those products, while for women it is much less – the prices are higher. So the market size, scale of the product and the positioning of the product make the manufacturers price is higher,” he added.

Considering retail stores end up acting as middlemen between the customers and manufacturers, what role would they end up playing in this pricing debate? “We sell what sells and what doesn’t sell is returned to the producer or we market it down. We look at the data. If people think it is genuinely overprized or discriminatory in nature, they won’t give a positive response and we will work with the producers to tell them that their positioning and pricing is wrong. I don’t think retailers would ever say that these are products where I want a higher margin so price is higher,” he said.

While Chowhan thinks that the pricing is fair, Harvey believes that discrimination does exists but everyone seems to agree that it is the customers that need to make a call on what they think of the pink tax and take steps if they think it is an issue that needs to be addressed. Now more than ever, retailers and brands alike are listening to their customers, understanding their needs and trying really hard to cater to them in order to build loyal customers for the sustenance of their businesses.

So the customer is king and every player of the retail chains awaits their verdict!