Home » Technology » Taking retail to the next level through innovation

Taking retail to the next level through innovation 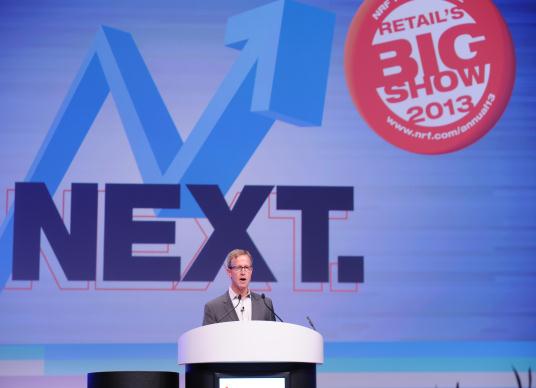 They were all there, the technological biggies, and they made their presence felt with their innovative ideas (see the blurb above) to take retail to the next level. It isn’t the hardware that’s important today so much as the software, given the functionality it enables. That realisation is dawning on many of the traditionally hardware-focused vendors as they pivot to a broader-focused strategy that weds hardware improvements with software functionality. That much was clearly evident at the Big Show.

The omnichannel outreach – a seamless approach to customer experience

This convergence marks an evolutionary shift from multi-channel retailing to ‘omnichannel’ retailing, which concentrates on a seamless approach to consumer experience utilising all available channels – smartphones and other mobile devices, computers, television, the print media, brick-and-mortar stores and so on.

Is this digital revolution comparable to the industrial revolution that marked the transition to new manufacturing processes in the latter half of the 18th century? That’s the question Deloitte’s Alison Paul posed in a keynote address titled ‘The Great Convergence’.

The undeniable answer to this thought-provoking question will forever change the way retailers operate. The industrial revolution witnessed a massive reconstruction of the economy. The new digital revolution is doing the same. We are no longer talking about retail technology. We are talking about consumer technology that is overhauling the retail landscape and retailers need to keep up.

Whether tweeting, sharing brand reviews online or browsing apps, the shopper is using the smartphone as a primary instrument of change. We are talking about customers accessing their smartphones in stores and the need for retailers to address customers’ mobile needs, whether they’re in line at a grocery store, lying on their couch or standing in front of a TV display and comparing prices. Is your mobile team currently under your web division? Paul recommends moving the team to the stores division.

Belk chairman and CEO Thomas Belk Jr feels we are yet to master omnichannel, offering an honest account of a retailer’s journey into the digital revolution, one that many retailers in the audience undoubtedly identified with. He points out that his Southern chain was way behind in the digital world just a few years ago, but the numbers convinced it: online-only shoppers were spending $100 a year, in-store shoppers were spending $350 a year, and those who shopped both online and in stores spent $1,064 a year.

So Belk invested millions in a plan to improve branding, refine service, remodel stores, build expansions and enhance technology, while clarifying the chain’s position as a modern, Southern-style retailer.

The retailer decided to deliver modern Southern style and hospitality, both in stores and in the digital world. One example was getting involved with local communities to spread its ‘Southern State of Mind’ philosophy across multiple channels. The company launched a mobile mammography centre that has its own blog, Facebook presence and Twitter hashtag. This omnichannel approach to outreach led the retailer to leverage in-store events, too, such as bra fittings.

Global payments technology company, Visa has found out through its ‘Back to