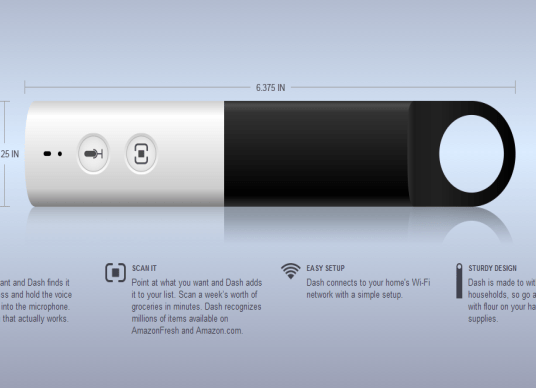 AmazonFresh, a subsidiary of US-based e-commerce company Amazon.com, has launched a new portable device called Amazon Dash, which allows users to say or scan items to their AmazonFresh shopping lists.

Amazon Dash connects to home Wi-Fi networks and works directly with AmazonFresh accounts. The device is designed to be kept on kitchen counters or hung on refrigerators. AmazonFresh users can say or scan items into the Amazon Dash device, and then view the list on a desktop or mobile device to purchase and schedule delivery of items available on AmazonFresh and Amazon.com.

Amazon Dash is available only by invitation for AmazonFresh customers, and the delivery service is currently available only in Southern California, San Francisco and Seattle.