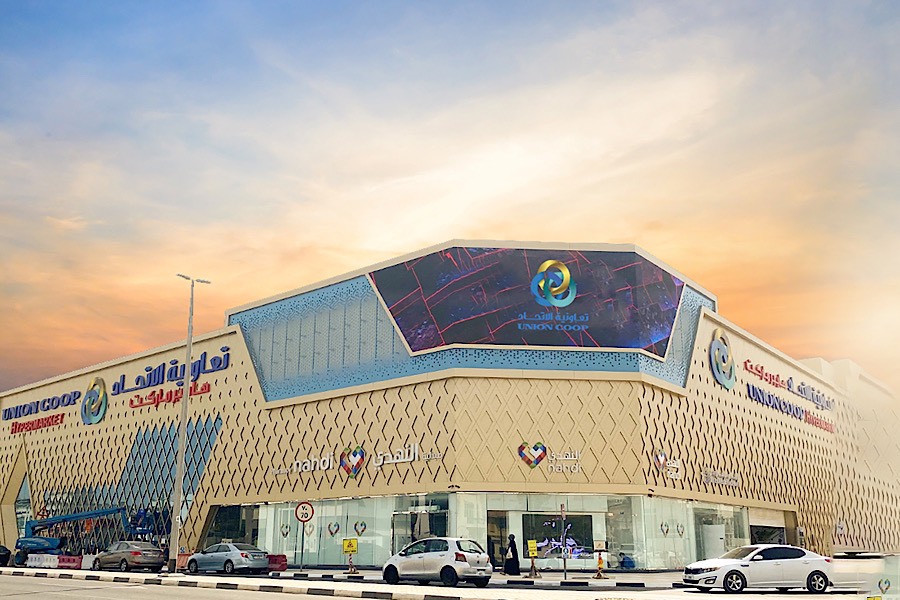 Union Coop has opened its 23rd branch within the UAE in Jumeirah 1, Dubai, at the cost of AED 42 million. The new addition is part of an expansion plan to meet customer demand while aiming to be a family destination for residents and visitors of Jumeirah and surrounding areas. Union Coop also launched a special promotional campaign boasting a 75% discount on various products as part of the opening.

The branch was inaugurated by Khalid Humaid Bin Diban Al Falasi, CEO of Union Coop, in the presence of department managers and employees amongst other officials. The CEO stressed that the sequential launches of new branches are part of Union Coop’s commitment to finding diversified family shopping destinations and endeavouring to meet the needs of shoppers across all social groups while adhering to international standards. He further elaborated that the opening of the 23rd branch of the consumer cooperative’s strategic stock will rise by 40%, sufficing the demands of the residents of Dubai for a period of six months.

The branch includes a basement, ground, and first floor with a total built-up area of 105,533 sq. ft. Furthermore, the consumer cooperative has a self-brand showroom on the first floor that covers an area of 25,278 sq. ft. and several shops on the ground floor, and a total of 61 parking spaces.