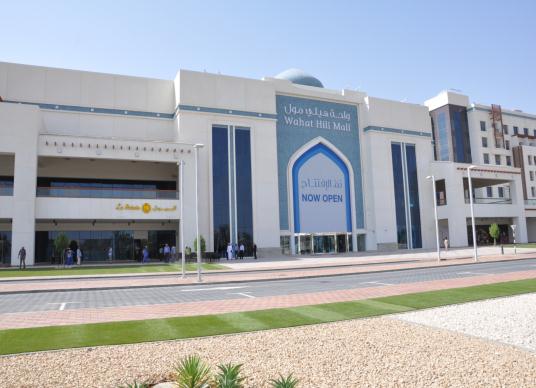 The three-storey mall is part of a mixed-used project that includes a 250-room hotel Hili Rayhaan by Rotana. Located in the Hili district in northern Al Ain, Wahat Hili has been developed to boost tourism in Al Ain, along with servicing the Hili residential complex and nearby districts including the neighbouring town of Buraimi in Oman.

“Wahat Hili Mall finally opens for business. It has been a long and fascinating journey getting to where we are now and I would like to say thank you to the developers, local supporters, retailers and all other stakeholders who have made this possible,” says Saeed Al Dhaheri, CEO of Wahat Hili Mall.

“We are confident that we can cater for everyone’s needs at Wahat Hili Mall. We have some of the world’s most popular and well-known brands for goods retailing, food & beverage and leisure. The concept is that the centre will be a family experience for our visitors, with something for each member,” adds Mohamad El Sabawi, general manager, Wahat Hili Mall.