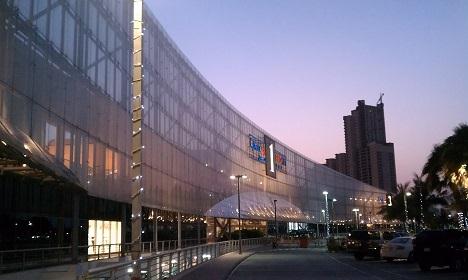 YouGov’s new research into consumer shopping experiences in Jeddah malls has revealed that Red Sea Mall has the best overall mall shopper experience, in addition to being the most highly recommended mall in the city.

Red Sea Mall ranked among the top three malls across all categories in the Kindgom’s second largest city. It secured the ‘best mall’ status among respondents for its layout and design (29%) – the highest percentage of all the malls. Respondents also claimed it was the best for its restaurants (27%), entertainment for adults (19%), family-friendliness and promotions (both 17%) compared to competition.

According to respondents, Mall of Arabia was the second best mall. It was considered most favourably for its entertainment for children and parking (both 21%), followed closely by its shopping (20%) – claimed to be the best mall among consumers in both these categories. Finally Al Alandalus Mall took the winning position for the best supermarket experience with 24% of respondents claiming it to be the best.

Overall, malls in Jeddah were collectively most highly rated for their shopping experience – rated excellent or good by 87% of respondents. The city’s malls were the next most highly praised for their restaurants (79%), followed closely by their layout and design and children’s entertainment (both 75%).

Parking (65%) and family-friendliness (63%) were next on the list of most favoured experiences according to respondents. However, the research found that the least impressive experiences were those related to promotions and entertainment for adults – rated excellent or good by comparatively fewer respondents at 55% and 34%, respectively.

Of all the malls in Jeddah, respondents were most aware of Mall of Arabia and Aziz Mall with 81% claiming they were aware overall, however the most regularly visited mall was Aziz Mall (21%). Unsurprisingly, due to its popularity across most categories in the shopper experience, Red Sea Mall was the most highly recommended mall in Jeddah by friends and family.

This research was conducted among 481 respondents living in Jeddah between 1-and-8 February 2016. Data is broadly representative of the adult online population in Jeddah.