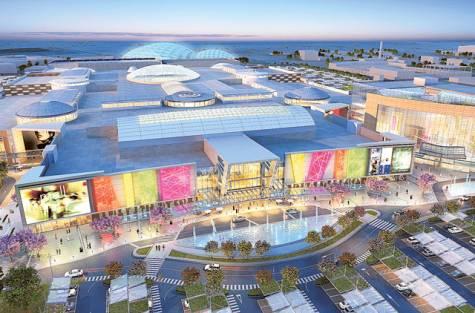 The Mall of Qatar – that’s expected to welcome an estimated 20 million customers annually – is scheduled to open in the fourth quarter of this year. Having more than five million sqft of built up area, the mall will house several coveted retail brands in addition to around 80 food and beverage outlets.

“We are extremely delighted with the pace of progress on the Mall of Qatar, which is well on its way to meeting its fourth quarter of 2015 launch date,” affirms Ahmad Al Naser, managing director of Drake & Scull Engineering, which is implementing massive engineering works in the project.

“Our project planning and execution in coordination with the main contractors and the clients has allowed us to deliver mechanical, electrical and plumbing (MEP) works for over four million sqft of built up area that will be home to over 500 shops as well as the largest Imax screen globally.”

This shopping mall project is strategically located next to the upcoming FIFA World cup stadium and a dedicated Doha Metro station. The construction works on the project has been underway since 2012 proceeding on schedule.