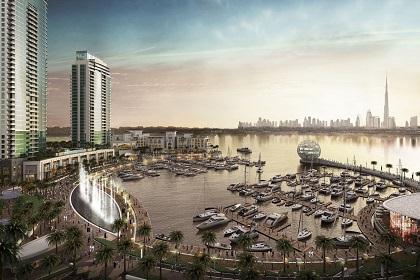 The shopping malls, retail, hospitality and leisure businesses recorded recurring revenues of AED5.788 billion ($1.576 billion), 42% of the total revenue. This is 8% higher than the FY2014 revenue from the two businesses at AED5.367 billion ($1.461 billion).

“This positive growth is underpinned by Emaar’s strategy of creating long-term value for its stakeholders by developing premium real estate assets and strengthening its shopping malls and hospitality businesses, which provide a recurring revenue stream that supports the company’s sustainable growth plan,” says Mohamed Alabbar, chairman of Emaar Properties.

“Our businesses benefited from the positive performance of Dubai’s economy with the core sectors of retail, hospitality, tourism and aviation setting impressive milestones in 2015. We will continue to support the goals of Dubai Plan 2021 announced by His Highness Sheikh Mohammed bin Rashid Al Maktoum, UAE vice president & prime minister and ruler of Dubai, to establish the emirate as the preferred place to live, work and visit. The expansion of our flagship Downtown Dubai, which will see the opening of Dubai Opera this year and our joint venture mega-developments such as Dubai Creek Harbour and Dubai Hills Estate, will further contribute to the smart and sustainable urban infrastructure of the city,” he adds.

“Our diversified development approach and the emphasis we place on world-class project management enable us to address market challenges efficiently. Through resource use optimisation and by focusing on maximising efficiency across all our operations, we will continue to build on our growth during 2016,” Alabbar elaborates.