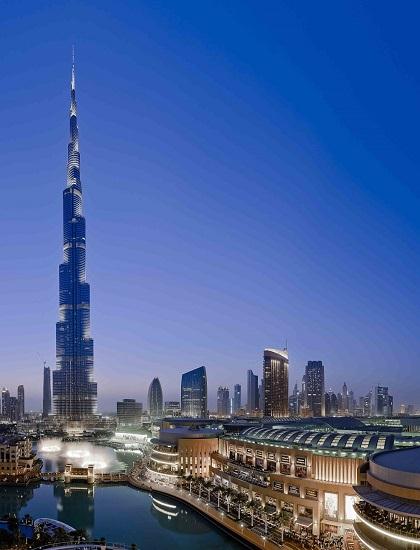 Continuing the healthy trend, occupancy levels at Emaar Malls increased to reach 96% in 2015, while base rent renewal rates clocked an increase of 25% for leases renewed during 2015.

Visitor arrival across all Emaar Malls assets crossed the landmark 124 million in 2015, an increase of 9% compared to 2014, with The Dubai Mall accounting for 80 million annual visitors.

“The retail sector is a key contributor to Dubai’s GDP, and Emaar Malls’ assets mark a significant contribution to defining our city as must-visit destination for retail and leisure. The Dubai Mall, our trophy asset, is today the first choice for luxury retail for high net worth individuals from a wider catchment area of the Middle East, Africa, South Asia and China, thus serving over 2.5 billion people. The robust performance of all our mall assets underlines our commitment to sustained value creation for our stakeholders,” says Mohamed Alabbar, chairman of Emaar Malls and Emaar Properties.

“A key pillar of the Dubai Plan 2021 announced by HH Sheikh Mohammed bin Rashid Al Maktoum, UAE vice president and prime minister and ruler of Dubai, is to ensure that Dubai transforms as one of the world’s leading business centres. Through our retail and leisure attractions within our malls, we are delivering on his vision by creating globally distinctive lifestyle experiences that add to the pride of the city,” he adds.

Emaar Malls today has a gross leasable area of about six million sqft. This is being expanded with the ongoing addition of another one million sqft built-up area at The Dubai Mall’s Fashion Avenue. It will add another 150 international and local brands to the mall, adding more choice to visitors.