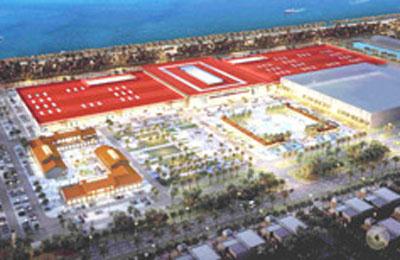 Dragon City, Bahrain’s major retail project, highlighting Chinese architecture and cultural aspects, is set for inauguration in September this year. Construction of Dragon City is expected to get over in June, with wholesale and retail trade facilities becoming operational.

The 1.2 million sqft Dragon City project will house 780 shops with a special area spanning 48,437 sqft designated for warehousing. Expected to attract more than half a million visitors a year, Dragon City will also house a 64,583 sqft dining facility and car parking for 1,500 vehicles.

Dragon City is expected to contribute significantly to the national economy of Bahrain, providing jobs and training opportunities, attracting considerable Chinese investments in addition to large numbers of tourists from China. It will also serve as a re-exportation centre for Chinese products from Bahrain to other countries in the region.