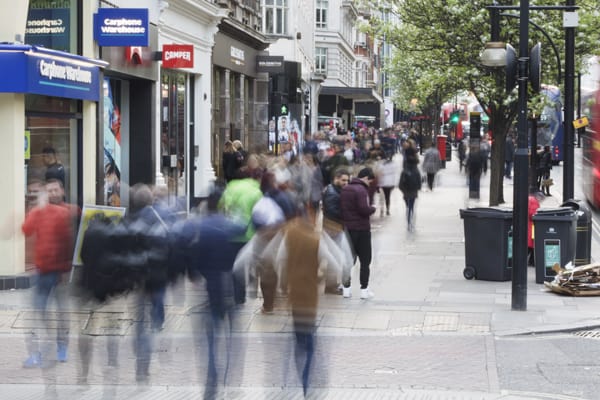 Following Britain’s vote to exit from the European Union (EU), negative sentiments have been visible among shoppers with footfall in June declining 2.8% year-on-year. This is the sharpest decline in footfall since February 2014.

Of all the segments in retail the high street witnessed maximum decline in traffic at 3.7%, while shopping malls saw a 2.3%. Traffic at retail parks declined 1%, indicate the British Retail Consortium and intelligence firm Springboard.

A weekly analysis indicates that footfall fell 0.4% during the first week of June, plummeting further to 4.6% during the week of the referendum. Among the areas West Midlands, Greater London and Scotland saw the sharpest footfall declines in June.

On the other hand, Wales was the best performing region with a 0.9% rise in footfall.

“The results are shaped by a political and economic storm against a backdrop of rain downpours and generally inclement weather throughout the whole month,” says Diane Wehrle, marketing and insights director at Springboard. “Whilst the cooler more rainy weather than last year will explain some of this degradation in performance, it is unlikely that it will have accounted for the 5% drop in footfall across UK destinations in the seven days post the referendum.”

“June has seen many distractions from Euro 2016 to Wimbledon, so heading out to the shops seems to have slipped down the priority list for many. In the coming months we all must redouble our efforts to remind customers that now is a great time to get out into their local communities,” avers British Retail Consortium chief executive Helen Dickinson.