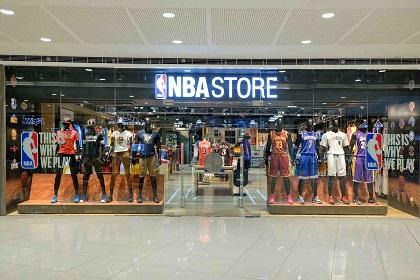 US-based National Basketball Association (NBA) and Qatar-based Al Mana Fashion Group announced today a partnership that will see the opening of the first NBA stores in the Middle East. The first two NBA stores are scheduled to open in Doha, Qatar, during the 2016-17 NBA season, with additional stores in the UAE, Saudi Arabia and Kuwait to follow.

The NBA Stores will provide fans in the Middle East with access to the widest range of official NBA merchandise and memorabilia ever available in the region, including apparel, jerseys, footwear, sporting goods, toys and collectibles.

“This long-term project cements the NBA’s commitment to grow our footprint across the Middle East,” says Vandana Balachandar, NBA EMEA vice president, global merchandising. “As the demand for the NBA continues to grow in the Middle East, our partnership with Al Mana Fashion Group will allow us to provide a comprehensive assortment of NBA merchandise while bringing the official NBA shopping experience to our fans in the region.”

Amongst the over 400 NBA-branded retail locations globally, the NBA opened its new flagship NBA store in New York on 45th Street and Fifth Avenue in December 2015 and three other stores are currently operating in Manila with a fourth scheduled to open in Cebu, the Philippines in August.

“The National Basketball Association is one of the most successful sports leagues in the world and is watched and enjoyed by millions of people around the globe,” says Andrew Fairall, general manager of Al Mana Fashion Group – sports division. “With basketball being one of the fastest growing categories in sports retail in the region, we are very excited to be working with such an iconic brand as we build an exciting new chapter in our illustrious legacy in the Middle East.”