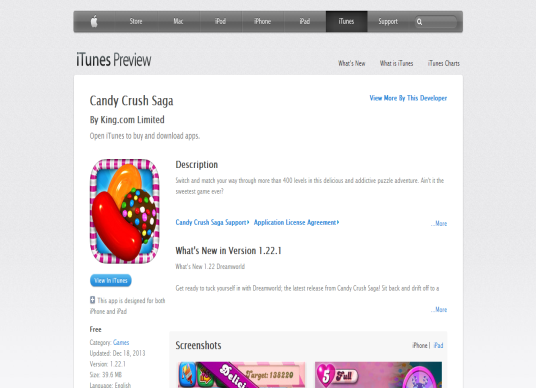 US-based technology giant Apple sold over $10 billion worth of application software (apps) on its App Store in 2013, including over $1 billion in December alone. App Store customers downloaded almost three billion apps in December making it the most succes sful month in App Store’s history.

With the introduction of its latest mobile operating system iOS 7, Apple has enabled developers to take advantage of the redesigned user interface, over 200 new features and application programming interface (API) to increase the overall efficiency and performance of their apps. Apple has reported that its developers have now earned $15 billion on the App Store.

“We’d like to thank our customers for making 2013 the best year ever for the App Store. The lineup of apps for the holiday season was astonishing and we look forward to seeing what developers create in 2014,” says Eddy Cue, senior vice president of internet software and services, Apple.

The App Store offers more than one million apps to users of Apple devices such as iPhone, iPad and iPod touch in 155 countries around the world, with more than 500,000 native iPad apps available. App Store customers can choose from a range of apps in 24 categories, including newspapers and magazines offered in Newsstand, games, business, news, sports, health & fitness, travel and kids.