AmazonFresh to deliver fresh food in the UK from this month 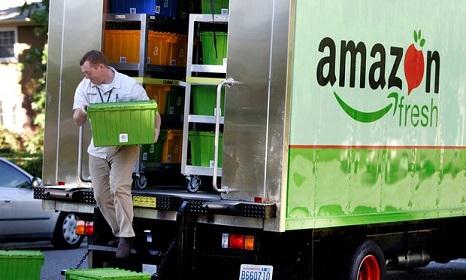 AmazonFresh is believed to have been testing fresh food deliveries from its depot in east London. The online grocer is understood to have asked suppliers to start deliveries in the next few weeks.

AmazonFresh, which has been operating in the US for about seven years, signed a deal with British supermarket Morrisons to foray into the UK. As part of the agreement, Morrisons will wholesale ambient, fresh and frozen products to Amazon despite already operating its own online grocery website in partnership with Ocado.

In fact since September 2015 AmazonFresh started selling frozen items via its Prime Now one-hour delivery service, which is offered in big cities like London and Manchester. That followed the expansion of the Amazon Pantry service, which enables shoppers to fill a box of grocery items from a range of 4,000 household products, including big brands such as Kellogg’s, Ariel, Colgate and Kronenbourg.