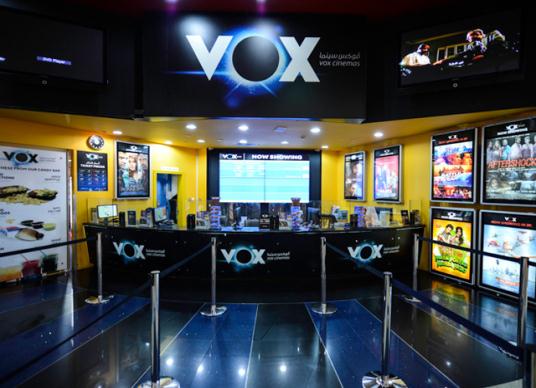 Dubai-based developer Majid Al Futtaim (MAF) has announced plans to spend $200 million on 12 new cinemas in the Gulf and Egypt. The investment will see the company’s subsidiary VOX Cinemas operate more than 250 screens across the MENA region – a four-fold increase since it bought rights to the brand less than four years ago.

The new cinemas, including five already announced, will be in the UAE, Oman, Qatar, Bahrain and Egypt and rolled out from June. The expansion will commence with the opening of Oman’s two largest cinemas, in Muscat City Centre and Qurum City Centre. In November, VOX will open what will be Abu Dhabi’s largest cinema complex, in Aldar’s Yas Island Mall, with 20 screens, including new VOX Max, VOX Gold and VOX 4DX options. The Sharjah City Centre extension will include a new VOX Cinema, which will become the largest cinema in the emirate. The company also recently announced plans to develop the largest cinema in Qatar, in Doha Festival City, and open screens in the Shindagha area of Dubai and in Burjuman Centre.

“The new complexes will see VOX Cinemas open within non-MAF developments for the first time. Middle Eastern box offices have enjoyed double-digit annual growth in recent years, owing in many cases to the expanding network of cinemas that have been developed across the region. Our investment in cinema in the UAE, Oman, Qatar, Bahrain and Egypt will see these expanding territories also enjoy modern and innovative cinemas that exceed international standards,” says Ahmed Galal Ismail, CEO of MAF Ventures. MAF is also renovating and expanding its flagship VOX Cinemas at Mall of the Emirates (MoE). “We have commenced construction of a new 24-screen cinema in MoE, which we are confident will set new standards for cinema exhibition across the world. To ensure that we create a cinema worthy of such a premium mall location, the company will construct a new 100,000 sqft entertainment destination that will include all of the latest international cinema technologies,” he adds.