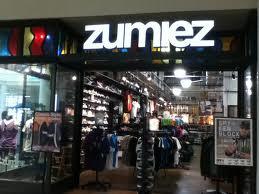 The company said weekly same-store sales were stronger in the last two weeks of the period, and the increase was driven by customers spending more per transaction, which was partially offset by a decrease in the number of transactions. By category hard goods, juniors and footwear reported positive same-store sales, while men’s and boy’s and accessories were negative.

Zumiez, which sells apparel designed for action sports such as snowboarding and skateboarding, has continued to see revenue growth in recent years. The company has been expanding through store openings and its acquisition of Blue Tomato, a European action sports retailer based in Austria.